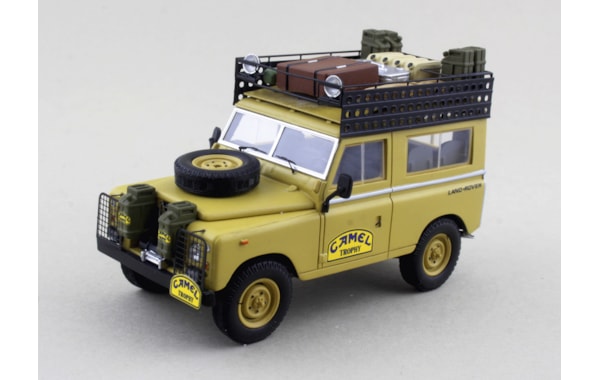 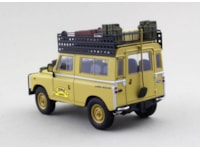 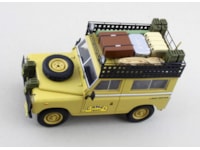 The Land Rover Series III, built from 1971 to 1985, has the same body and engine options as the preceding IIa, and is the most common series vehicle, with 440,000 of the type produced. The headlights had been moved to the wings on late production IIA models from 1968/9 onwards (mainly to comply with Australian, American and Dutch lighting regulations) and remained in this position for the Series III.

Little changed cosmetically from the IIA to the Series III, but the traditional metal grille, featured on all previous production versions, was replaced with a moulded plastic item. The 2.25-litre engine had its compression raised, increasing the power slightly. The Series III saw many changes in the later part of its life as Land Rover updated the design to meet increased competition.

The Camel Trophy originated in 1980 with three German teams exploring the Amazon Basin. The vehicles used for this first event, sponsored by Camel cigarettes, were Jeeps built under licence in Brazil as Ford U50s. After it was deemed a success, the organisers turned to Land Rover for support for the following year and, over the course of the next twenty years, all of the Land Rover vehicle range were used, all appearing in the distinctive Sandglow yellow colour scheme. The vehicles were heavily modified by Land Rover Special Vehicles, with a range of expedition, recovery, and safety equipment.

For 1983, the event moved to Africa for the first time - specifically, Zaire. This would also be the only year that Series Land Rovers would be entered. Competitors drove 88" SWB versions, with the support vehicles featuring LWB 109". The Series III was in its final year of full-scale manufacture in 1983, and it was a fitting farewell to the leaf-sprung Land Rover.

TSM's resincast is nothing short of spectacular, with a perfectly replicated bodyshape, finished beautifully in the correct matte Sandglow.

Jam-packed with accessories, such as jerry cans, auxiliary lights, meshed headlight protectors and get-out-of-trouble shovel, the level of detail on this model is truly excellent, with the interior not being left out either. Finished off with Camel Trophy signage, this is a really beautifully-crafted model, and is a must-have for any Land Rover collection.