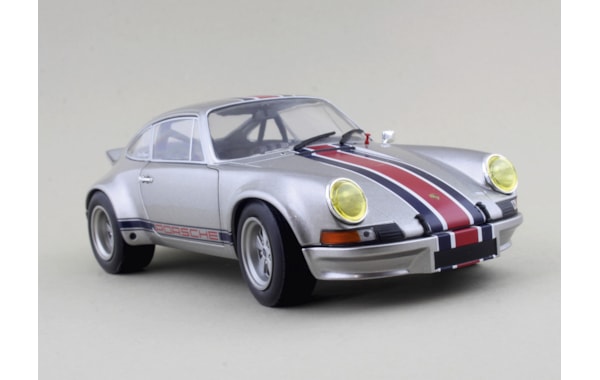 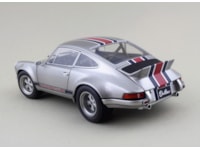 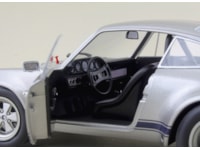 Based upon a real 'backdating' project, Solido's sumptuous recreation is a superb tribute to a marvellous piece of automotive excellence. The 'Outlaw' concept has been gathering pace over recent decades, and has an interesting story to tell.

The Porsche Outlaw movement is said to have begun in the 1980s by Gary Emory, who set about creating 'one off' personalised Porsches - mainly 356 models - that were built to enjoy and drive as Porsche intended, but with an individual twist and performance upgrades. Outlaws are not for the purists, but are built by the enthusiasts who like to stand out from the crowd, the Outlaw can often be spotted by its tatty appearance, lowered suspension and wider tyres. Look deeper inside and chances are you will find an uprated engine and other more subtle often race-inspired modifications. Even Porsche itself now recognises the importance of the Outlaw.

Whilst Porsche's Carrera RS has been the sporting reference for the 911 family since 1972, the RSR has never had an official street legal version. The base car, as modelled, is a 1984 911 and, by 2003, needed a complete and thorough restoration, for which it was entrusted to Oregon specialist, Rothsport Racing.

The shell was completely stripped and body panels were replaced by hand-formed RSR replicas. Fuchs 15 inch rims were added, with the rear pair being 11 inches wide! The car's owner, also a prominent Ferrari collector, wanted to add an Italian touch to his 911, hence the red stripe. The Xenon headlights add a vintage touch with yellow-tinted glass.

Inside, the modifications are fairly restrained, although the car's external striping has been incorporated into the colours of the upholstery. A Momo steering wheel finishes it off.

Under the lightweight glassfibre engine lid at the rear, lurks a 3.8-litre flat 6 from a 993 RS Cup racing car! The gearbox has been heavily modified too, in order to cope with the huge increase in power. Bilstein shock absorbers, also transferred from the RS Cup car, and brakes from a 930 Turbo help keep the car on the road. And if you begin to wonder about what difference this all made to the car's value, it sold in 2017 for US$235,000!