Lightning strikes again for Corgi with another exquisite classic aircraft 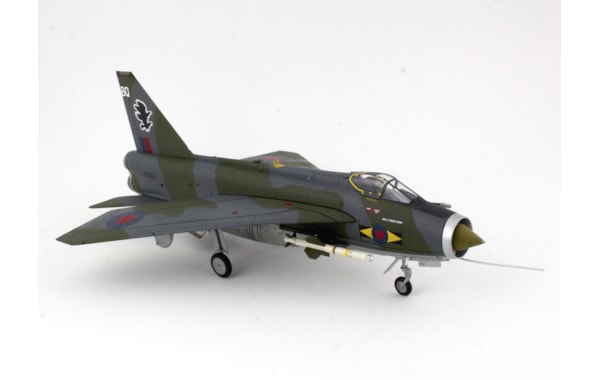 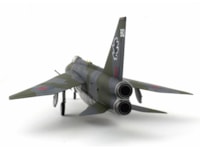 For an aircraft that instilled immense national pride in so many people over such a long period, it is no wonder that the English Electric Lightning still commands a significant position in the hearts of the UK aviation enthusiast, with two particular aeroplanes being singled out for special attention.

Until recently, two of the aircraft lovingly maintained by the Lightning Preservation Group regularly blasted down the runway at Bruntingthorpe airfield (now sadly closed to aircraft under new ownership), in scenes reminiscent of a Cold War RAF fighter station and always drawing large crowds for these events. Lightning F.6 XS904 has been in the care of the LPG since she was delivered to the airfield on 21st January 1993, a historic occasion which witnessed the final military flight of an English Electric Lightning fighter. Flying from the British Aerospace factory airfield site at Warton in formation with a Panavia Tornado F.3 fighter, the pair made a spirited high speed pass along the length of the runway at Bruntingthorpe on their arrival, before the Deputy Chief Test Pilot at BAe Warton, Peter Orme, brought this magnificent supersonic aircraft in for her final landing at her new home.

During a 20 year RAF career, XS904 served with Nos 5 and 11 Squadrons and also has the distinction of being one of the nine Lightnings that took part in a spectacular 9 ship formation during the Last Lightning show at RAF Binbrook on 22nd August 1987. In what was certain to be a sombre occasion, thousands of British aviation enthusiasts headed for the Lincolnshire Wolds and RAF Binbrook on Saturday 22nd August 1987 for their annual Airshow, a show which marked the swansong of one of the British aviation industry's proudest achievements. With the impending retirement of Britain's first supersonic fighter now looming large, this event was billed as "The Last Lightning Show".

The third version of Corgi's absolutely stunning 1/48 scale casting is another magnificent model. Largely diecast, it is fabulously weighty and is perfectly finished with a very authentic camouflage scheme and markings all over.

Detailing is astonishingly good and it comes with two canopy options (open or closed), exhausts cap, nose intake plug and cockpit steps. The cockpit interior features a pilot and is very detailed. Worth every penny.