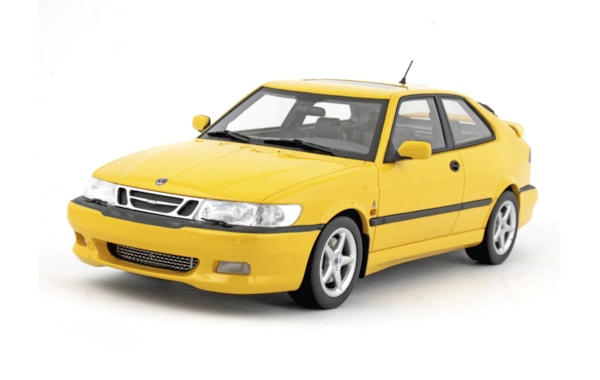 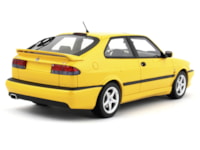 Launched in 1998, Saab followed the standard 9-3 with the special Viggen version a year later, in 1999.  Designed in co-operation with the hugely successful British motosport outfit, Tom Walkinshaw Racing, the Viggen (Thunderbolt in English), thanks to its 2.3-litre turbocharged engine with 225hp, was really fast! The Viggen name pays tribute to the Saab’s 1960 Viggen jet fighter aircraft.

Improvements to the chassis and uprated brake discs added to the performance and there were very subtle changes to the car's styling and finish, both inside and out. The whole package comes together very well indeed.

Painted in Monte Carlo Yellow, the colour was chosen by means of a poll conducted on social media - something DNA do a lot, and we think it's a superb strategy (hop over to DNA's Facebook page if you'd like to get involved). On this occasion, the votes were pretty close between three colours, so DNA decided to make them all! The other colours available are Lightning Blue and Black Metallic.

The shape of the exterior body has been superbly replicated and features plenty of beautifully-finessed detailing.  Look at the precision of the headlights! All the tiny details are there, from the bulbs inside to the small wipers. The front grille is another example, with  "SAAB" integrated on the chromed central strip. Moving to the rear end, the badging and the rear lights are perfectly incorporated, with the light lenses looking incredibly realistic again. Particularly worthy of note is the very subtle special lower grille, embedded in the bumper - the work here is really lovely. Special mention is also needed for the wipers, front and rear.

As usual, DNA Collectibles has paid a lot of attention to the interior as well, produced in dark grey and black for this version.  The level of detail on the dashboard, and to the instrumentation especially so, is simply mesmerising. The steering wheel, gear lever, door handles and seat belts, plus the realism of the seats truly add to the model's realism. Finally, those classic Saab five-spoke alloys and exhaust shroud finish this exquisite resincast off just perfectly.