Digging for victory? Oxford Diecast marks 70 years of JCB with the 3CX 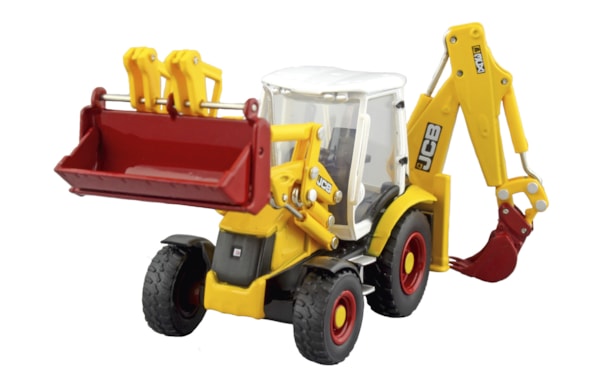 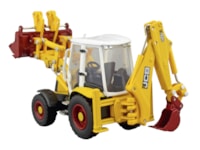 Marketed by JCB as "the world's number one backhoe loader (along with the JCB 4CX)" and, after so many years, who can argue with that?

To mark the company's 70th anniversary in 2015, JCB announced the production of a limited edition 3CX super backhoe loader. Only 70 of these machines were made with a vintage look last seen 40 years ago on the JCB 3CIII model. While it may look like a 40-year-old machine, these models have all modern features, incredibly it even includes an in-cab coffee maker! The decision to reinstate the evocative yellow, white and red colours of the original 3C worked really well, as you can see.

Development of the successor to the original JCB 3C range began in the mid-1970s and the 3CX was launched in a blaze of publicity in 1980 with the 3CX Sitemaster launching in 1981, introduced as a multipurpose tool for sitework.

Oxford's replication at 1/76 scale is nothing short of astonishing, with a good range of movement to both the front and the rear, with both attachments moving as well. All the points of movement are firmly held together by non-scale pins (inevitable at this size), but this doesn't distract at all, in fact it adds some real charm.

The stance of the model is spot on and the cab interior features a good level of detail too, although it's a shame that there isn't a working coffee maker to play with!

Painted in the iconic JCB yellow with white cab and red attachments, plus beautifully crisp printing of the graphics, this fabulous Oxford release is worth every penny.

It will be interesting to see what JCB (and, therefore, Oxford) comes up with for its 75th anniversary next year!