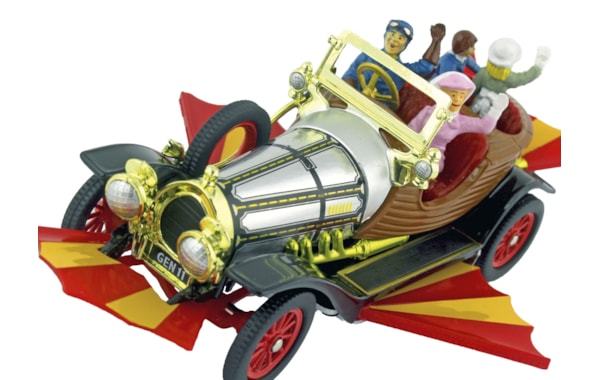 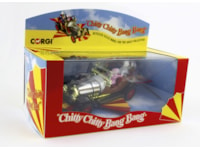 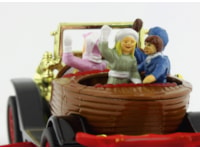 Last year marked the 50th anniversary of the wonderful musical adventure that is Chitty Chitty Bang Bang. First seen on the big screen in 1968 and loosely based on the 1964 novel by Ian Fleming, with the screen adaptation written by iconic children’s author Roald Dahl and directed by Ken Hughes, the undoubtable star of the film was the magical car that could fly and Corgi released one of its most popular ever models the same year.

Corgi marked the 50th  anniversary, in 2018, by announcing a re-engineered model that would be as close to the original as possible and it has finally arrived.

Just as the original No 266 all those years ago, the wings pop out when the external handbrake is pushed forward and the car contains all four characters from the original November 1968 release, Dick Van Dyke’s character Caractacus Potts, Adrian Hall’s Jeremy Potts, Heather Ripley’s Jemima Potts and Sally Ann Howes’ Truly Scrumptious.

The front and rear wings are removable so the car can be displayed in normal road going guise but, let's face it, Chitty looks best with full wing deployment.

All the details are there from the original and the figures actually have a little more, although they are fixed in place, presumably to meet safety stipulations regarding detachable small objects - at least they won't get lost this time!

The only real difference from the original is that the bonnet retaining strap is not a separate plastic part this time but part of the printing to the panel instead, which is a shame.

Despite this minor quibble, it's a wonderfully evocative model and, with prices of the original still on the increase, a much cheaper way to add a Chitty to your collection. It's been worth the wait!