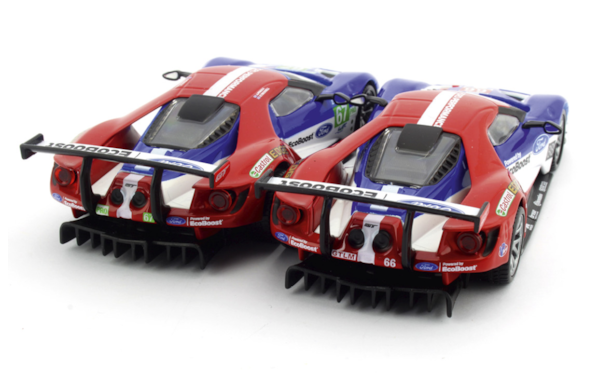 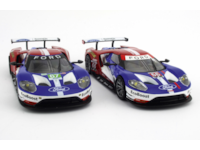 When Ford announced its return to GT sportscar racing in 2016 during the 2015 Le Mans 24 Hours, little did we know what an incredible looking car would be unveiled.

The latest evolution of the design concept totally reversed the previous format of turning a road car into a racer - this time Ford designed the racing car first and then developed a road car from it. Not only that but the striking design was allowed to race before it was properly homologated as the road car didn't officially come into being until 2017. This caused quite a bit of controversy up and down the pitlanes around the world of endurance racing.

The racing car's first appearance was at the 2016 Daytona 24 Hours, the first round of that season's IMSA WeatherTech SportsCar Championship. It's first major victory came at Le Mans a few months later where it took the LMGTE Pro class win 50 years after its inspiration, the GT40, had finished 1st, 2nd and 3rd overall for Ford's first victory at the endurance classic.

Bburago's brace of racers depict the 2017 cars that raced on both sides of the Atlantic. Number 66 is the Daytona class winner and 67 narrowly missed out on the class win at Le Mans after an epic tussle with Corvette (3rd) and Aston Martin (1st).

At the interesting scale of 1/32, this pair represent incredibly good value at just £14.99 each. Obviously there is a little trade off in terms of detailing but for a race fan's memento it offers truly excellent value and it is only really on close inspection that you can tell, such is the quality of the paint finish and the graphics.

There are subtle changes in the decals between the two cars, as is to be expected from racing in different series, so this makes them even more desirable to display side by side, as it is interesting to spend some time playing spot the difference!