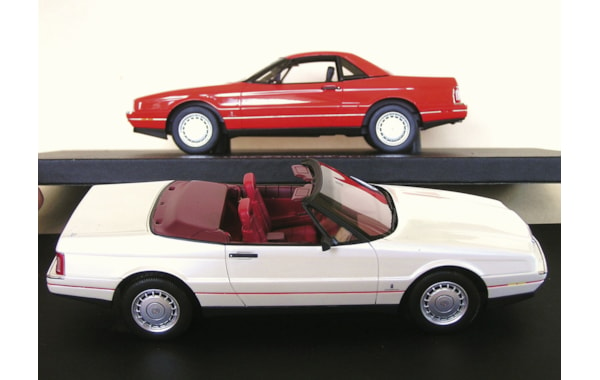 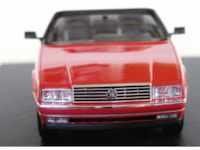 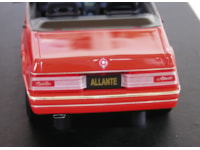 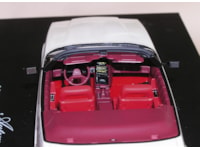 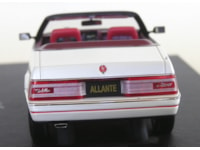 The 1980s was the decade where American cars underwent the seismic design shift from large luxury vehicles, with big V8s, to lighter, more compact cars, with smaller engines.

The Allante was Cadillac’s sporting 2-seater, though it was more to compete with rivals like the Mercedes SL and Jaguar XJS, rather than a full-on sports machine.

Eldorado chassis were sent to Italy, where Pininfarina shortened them and fitted the bodywork and interiors. They were then flown back to Michigan, where Cadillac fitted the running gear.

The new Automodello resincast is well up to its exceptional standards, with lovely clean mouldings and an absolutely flawless paint finish. The thin lower-body coach line is neatly applied, and all the plated details are there. The lights all have clear lenses of course, and the rear lights also sport the “Cadillac” and “Allante” script. Naturally the wing mirrors and interior mirror have lenses too.

The interior is particularly well-detailed, down to the script on the glove box and steering wheel, the seatbelt clips, and the door handles and switches set into the armrests. The digital fascia is fully-detailed too.

As packaged, the model is presented in open-top form, and there is a hardtop and erected soft-top included. Colours for the standard versions are Bright Red or Pearlescent White, with interiors in black or 2-tone dark red respectively, both limited to just 192 examples of each.

There is a “Homage” edition in black with tan interior, in a run of just 24 models at US$449.95. Each model is plinth-mounted and comes in Automodello’s sturdy clamshell box on which it be displayed, and each one is certificated. All prices include postage, with models for Europe currently being sent via the UK agent.

In all, another remarkable replica, where full advantage has been taken to capture the smallest detail.