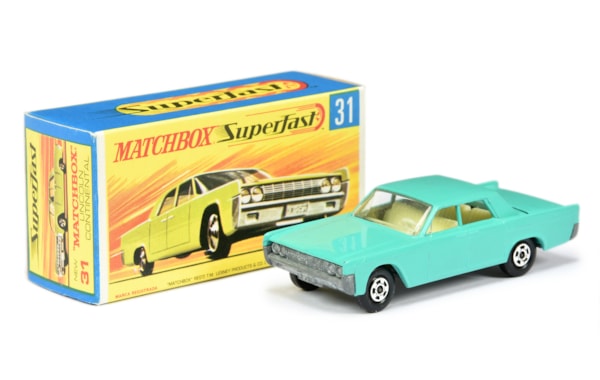 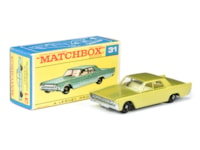 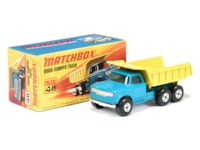 The Graham Hamilton Matchbox collection hits all the right buttons

Covering the entire Lesney Matchbox Picture Box era, from 1962 – 1982, the collection covered every possible genre of Matchbox collecting. Well-known and respected in international Matchbox circles, Graham has pieced his personal collection together over decades of trading. Many rare and unique models having come directly from ex-Lesney employees, many of whom worked within the research and development department responsible for designing new additions to the range.

The Graham Hamilton effect ensured that even common models such as the "Desert Dawg” Superfast 20f 4x4 Jeep achieved 10 times its bottom estimate, the model which would normally sell at its £10- £15 estimate achieved £120, which the auctioneer guessed could be a world record.

There were many other lots that achieved record prices in the two-day sale. Lot 5090, a rare transitional Regular Wheels 31c Lincoln Continental model sold to an internet bidder for £9,600 and a round of applause! Lot 5091 provided a once in a lifetime opportunity to acquire a pre-production trial model 31c Lincoln Continental. This elusive model was in outstanding condition and sold to a room bidder after a short deliberation, for £15,600… and a cup of strong sweet tea was swiftly sent his way.

It’s not always the model that brings the interest though, Lot 5401 sold for a fantastic £6,240, however the model is quite common. What was rare, and possibly unique about this lot was the box it came with. This "New" 1971 copyright type I printers proof box was never actually released, with one end flap tab being used by Bowaters for print registration purposes (having the numerical sequence 1 through to 56). The lot also had fantastic provenance, as it was formerly the property of Ron Jobson who was responsible for the majority of artwork both on the boxes and within the catalogues during the late 1960s and 1970.

Another suspected world record was achieved for lot 5315, the Regular Wheels 44c GMC Refrigerator Truck which was a factory pre-production colour trial has No.44 cast rather than "GMC" and despite having three scratches to the windscreen it realised a fantastic £9,600 against a £1000-£1300 estimate.

A further model from the Ron Jobson Collection, Lot 5430, was a Matchbox Regular Wheels 50c Ford Kennel Truck, the Excellent model does have factory paint flaws to the hood & cab roof however the "New" type F1 box is signed by the artist Ron Jobson, this undoubtedly helped the lot achieve £6,960, over ten times its £400-£500 estimate.

Graham was over the moon with the result of the auction. Vectis specialist and auctioneer Julian Royse had estimated the collection in total to achieve £250,000 - Graham achieved this and more, in the first two days!

The total from the first two days of the sale was £281,000, and with a further two days expected to achieve a further £100,000 in September this is possibly the highest grossing single owner Matchbox collection to be seen.