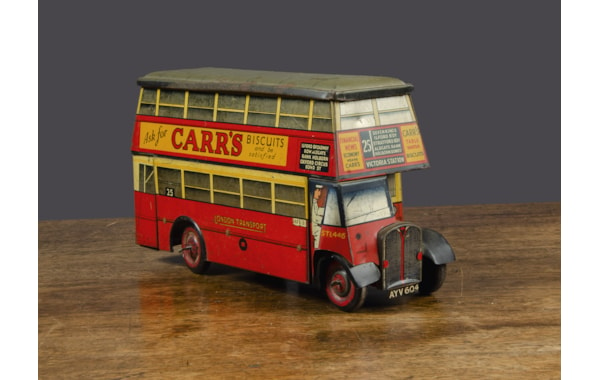 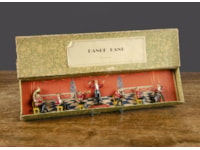 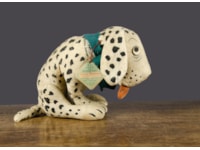 The house contents of Joan Dunk – a stalwart of Portobello Road Antique Market - will go under the hammer at Special Auction Services in Newbury on 9th and 10th June 2020 and is expected to fetch £90,000.

The auction will take place live with bidding online only via specialauctionservices.com or at the-saleroom.com

SAS is also offering appointments for viewing, in accordance with current social distancing rules, which can be booked by calling 01635 580595 or emailing [email protected].

Her first serious collection began in 1965 with old teddy bears (two decades before they became ‘collectable’) and one of the highlights going under the hammer on the first day of the auction is a beautiful Steiff cinnamon centre-seam teddy bear circa 1908 which is estimated at £3,000-4,000. As well as collecting teddy bears, Joan also had an extensive toy collection; a Bing clockwork teddy bear with tinplate ball carries an estimate of £700-1,000, whilean 1860s Grodnerthal wooden doll is expected to fetch £800-1,000. The living room shelves were filled with clockwork toys, shallow wall mounted display cabinets were filled with lead toy figures including Felix the Cat amongst other comic and civilian characters. A 1930s Tipp & Co ‘Silver Queen’ clockwork tinplate charabanc (£200-300), a rare 1930s Chad Valley Ooloo the cat, girlfriend of Bonzo the dog (£300-500) and a 1930s Kuramochi celluloid clockwork Circus Elephant (£150-200) are also fine examples of items going under the hammer.

In addition to teddy bears and toys, the first day of the auction (9th June) will comprise dolls, dolls' houses, cake decorations and everything childhood which she enjoyed collecting with her second husband Peter. Joan had a charming cabinet filled with bisque Christmas cake decorations and all sorts of intriguing miniatures and ephemeral curios which will appeal to all bidders.

Expert Daniel Agnew says, “The excitement about this auction is reaching a crescendo. It is rare to see a collection of such desirable and eclectic items that are fresh to the market and accumulated by such an expert eye. Collectors have been stuck at home for the last few months and they are desperate to buy themselves new treasures, so I anticipate frenzied bidding over the two days.”