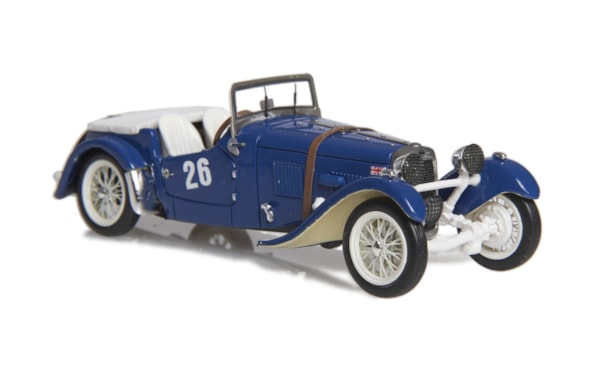 The tiny company of HRG that built lightweight traditional British sports cars in Tolworth, Surrey, has become the subject of a new model developed by Esval Models.

Esval has examined a number of real HRG 1500s of 1947, and created both hood-up and hood-down versions, to be released in December this year. They will appear in black, mid blue, dark green and red.

The 1500 model was very successful as a new sports car in post-war Britain, competing in many races at Le Mans, Spa and the Alpine and RAC rallies.  Not since the white metal heydays have we seen any models of this car, and the whole story can be seen in a forthcoming article by David Wright.

This model is bound to be popular with British sports car enthusiasts, and we hope to get more news on price and launch date soon.