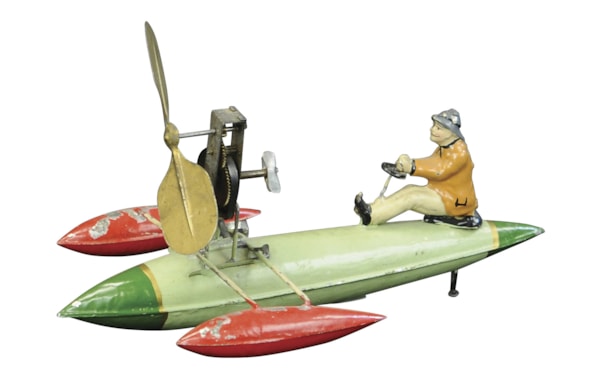 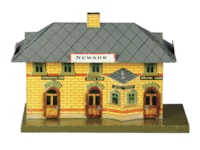 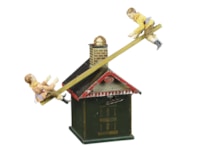 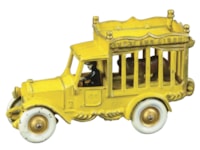 The exceptional antique toy and train collection of the late Paul Cole (1931-2020), a man whose career distinctions were rivaled only by his passion for hobbies and athletic pursuits, will be auctioned at Bertoia’s on May 21-22. Bidders in the UK can participate remotely through a variety of methods, including absentee, by phone, or live online through Bertoia Live or LiveAuctioneers.com.

As his many friends in the toy-collecting world would attest, the late William Paul Cole Jr – known simply as “Paul” – was a man of great intellect and integrity. A Harvard MBA and US Army captain, Paul worked as a systems engineer for IBM in New York until his father’s unexpected passing in 1965, at which point he returned home to his native Bluefield, West Virginia. There, he took over his father’s International Harvester dealership, established an automotive parts firm and later purchased a Chevrolet and Cadillac dealership. In addition, he was Bluefield’s longest-serving mayor, holding the office from 1981 through 1993. His long list of awards and recognitions included an honorary doctorate from Northwood University and induction into the Automotive Hall of Fame. He was the first West Virginian ever to be chosen for that prestigious honor.

As engaged and successful as he was in the business world, Paul always found time for family and leisure pursuits. He was a licensed pilot, a bridge life master, and an avid athlete who enjoyed jogging, golf and tennis. But of all his hobbies, none captured Paul’s imagination quite like antique toy and train collecting.

“Paul started collecting Lionel trains in the early 1970s. When he discovered the York show, it opened a whole new world to him,” said Michael Bertoia, president of Bertoia Auctions. “He started attending many of the shows on the train circuit as well as the swap meets that preceded those shows, where collectors networked and socialized.”

Dorfan, based in Newark, N.J., was the first U.S. train manufacturer to use zinc die-casting methods on a large scale in its manufacturing process. Their trains were made primarily of a copper-zinc alloy called Dorfan Alloy, which was strong and lightweight. A Dorfan 3930 “Floridian” three-car set in pristine condition will be offered with a $3,000-$4,000 estimate.

In the early 1980s, Paul’s interest in railroad handcars led him to the next phase of his collecting journey: antique toys. He and his wife of 61 years, Carol, wholeheartedly embraced toy collecting and went on to become active members of the ATCA.

The arc of Paul’s collecting, which started with American trains, headed down a different “track” in the 1990s with his newfound interest in Marklin and other European train marques. “Over time, Paul built what is arguably one of the finest European train collections in this country,” Michael Bertoia said.