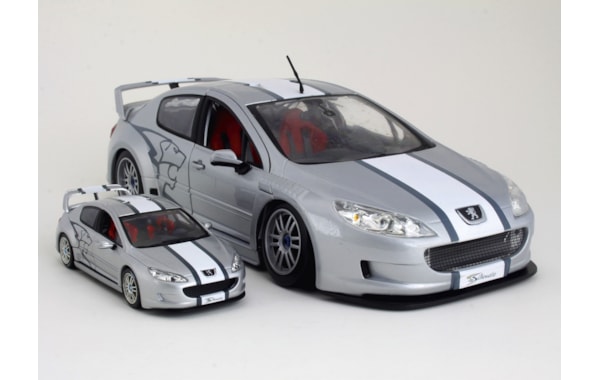 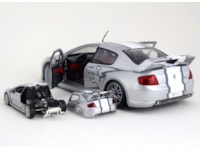 Over fifteen years ago, at the 2004 Salon de Genève to be precise, Peugeot unveiled a rather special development of its brand new 407 to herald the launch of the ageing 406’s replacement. Called “Silhouette”, it was to be the second of four special concept show cars based on the 407 design – “Elixir” was the first, revealed at the 2003 Frankfurt Motor Show, and “Prologue” then the “Macarena” by Heuliez followed.

Peugeot hailed the Silhouette as “a driving enthusiast’s dream car”. The press brochure continued “It is the perfect vehicle for anyone who is looking to combine dynamic road driving with the ultimate track day performer. The 407 is designed to be the ultimate expression of a performance saloon.”

With a highly-tuned version of Peugeot’s 3-litre petrol V6 powerplant mounted in a tubular spaceframe to the rear, this was stretching the look of the road car to the extreme.

As a practical kind of chap, I need an estate car for a variety of reasons so when Peugeot unveiled the 407 SW a few months after the saloon’s launch, with its stylish inverted C-pillar, it went straight onto my wish list. Now I refuse to buy new cars (did it once and got badly burnt in the wallet department) so I waited for the right time and, in December 2015, found the right car too. It was about this time that, thanks to being in the hot seat here and being exposed to far more diecast temptation that I had ever been before, I became aware of diecast models of the fabulous Silhouette.

The two I chose to add to Wilson’s World are a budget 1/18 scale replication by Motor Max and a superb release by Norev in special dealer packaging. Whilst the larger model obviously has more of a physical presence, I am drawn to the Norev due to its greater detail and the fact that the rear bodywork lifts off to reveal that fabulous engine installation. But as a bit of a 407 fan, and as an acknowledgement of my daily driver, they are both on permanent display next to my desk.