How to start collecting... LEGO sets 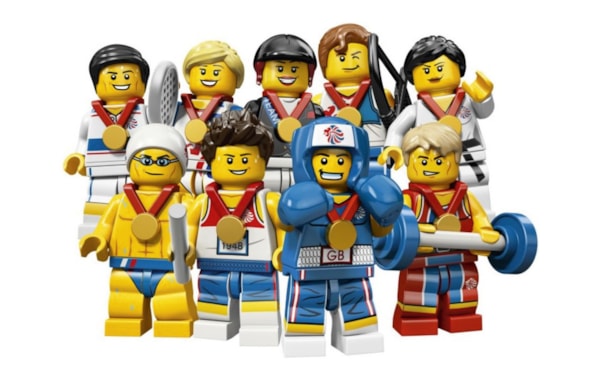 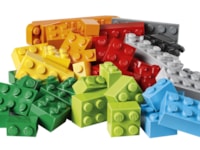 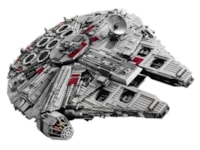 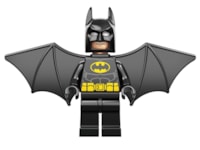 LEGO is arguably unique among most collectables because there’s a very strong chance that you either already own some, or at least did at one point.

How many kids make it through their childhood without gathering a few sets from the famous Danish toy brand? Few, most likely.

Increasingly, however, it’s not just the little ones spending time with the toy. Indeed, there are few toy lines that command not only such huge purchasing power among adults, but also such a large community dedicated to them.

Websites like theplasticbrick.com, brickbadger.com and bricklink.com see hordes of adults scouring their pages looking for bargain sets and the replacement bricks they need to allow their latest creative efforts to come to life. There are also online tools for collectors to keep track of their bits and bobs, as well as their most sought-after purchases. Brickset.com is useful, while rebrickable.com also tracks what pieces you have from your existing sets and suggests alternative fan creations that can be made from the available parts.

The LEGO love doesn’t end there, either. Blocks magazine has been a success, while Channel 4 has just wrapped up a reality TV competition called LEGO Masters. There are dedicated LEGO shops, countless video games, a string of blockbuster movies and even four LEGO theme parks.

Why has LEGO endured and flourished so? The factors are numerous, but among them certainly sits its quality, accessibility and wide-ranging appeal. LEGO’s strenuous production guidelines mean that you’ll very rarely encounter a broken or misshapen brick. Furthermore, the moment anyone picks up two LEGO bricks and connects them they instantly ‘get it’. And a brick from the ‘50s will work perfectly well with a brick in 2017, too, as the fundamental design has remained the same.

It’s a toy that, when handed to a child (be that the young or old variety) in a big mixed up box, can entertain indefinitely. At the same time, so broad are LEGO’s licensing operations that fans of anything – be it Star Wars, Batman, Minecraft, The Avengers, Disney, Ghostbusters, Angry Birds or Jurassic Park – can find a jumping-on point.

One interesting quirk about LEGO is that mainstream sets have a very good chance of growing in value. With so many constantly refreshing lines, even the most widespread of releases can quickly rocket once it’s out of circulation. Indeed, the most sought-after set – the 2007 Millennium Falcon – is about as mainstream as you can get.

Serious collectors have an assortment of ways to display their wares, but there is plenty of equipment for dedicated creators, too. ‘Plates’ are a favourite of builders for constructing and displaying their designs, with the most common colours being green and blue (for grass and water). This propensity for creating scenes is one of the reasons why mini-figures quickly become so keenly sought, too.

Unlike other hobbies, getting into LEGO is as easy as wandering to your nearest supermarket or toy store, and perhaps only even as far as your loft. There is no right or wrong way to start, and certainly the sky is the limit when it comes to how far it can go. With such a wide assortment of licensed sets and literally endless possibilities for the imaginative, it’s a hobby that can very easily become time and money consuming. Be clear about what you want from it and set yourself limits, however, and few things can match the joy a healthy LEGO obsession can offer.

All you need-to-know about LEGO

•    LEGO is the world’s largest toy manufacturer
•    It first opened its doors in 1932 as a wooden toy manufacturer and didn’t start making plastic bricks until 1949
•    It is estimated that around 117k LEGO bricks are made per minute
•    LEGO produces around 380m tires per year, making it the world’s No.1 tire manufacturer
•    The name comes from the Danish words ‘leg’ and ‘godt’, which translates to ‘play well’
•    Around 600bn LEGO pieces have been manufactured to date
•    The machines that manufacture Lego bricks have tolerances as small as 10 micrometres to ensure all blocks lock firmly together but can also be separated
•    LEGO employs 16,836 people worldwide (as of 2016)
•    Just six classic 2x4 bricks can be combined in 915,103,765 ways
•    LEGO mini-figures all had yellow faces until 2003, when skin tones were finally introduced
•    Kids spend an estimated five billion hours worldwide per year playing with LEGO
•    There are four LEGO theme parks – Copenhagen, Windsor, Germany and California

The building value of LEGO

Mini-figures are a safe bet when it comes to returns on investment. The Team GB Mini-figures set released in 2012 to coincide with the London Olympics offered nine characters, including a relay runner, boxer, swimmer and gymnast. At £99.99 it sold out immediately and currently fetches around $1,150. The top-hatted Mr Gold was originally sold as a standalone figure in 2013 for just $2.99. Only 5,000 were ever made. Its current market value? Over $1,500.

The tallest LEGO set ever released is the 42-inch Eiffel Tower, and is currently worth over $1,800. The 33-inch Statue of Liberty however, which was launched in 2000 and featured a brand new brick colour, is now worth around $2,200 unopened. The (until recently) largest LEGO set of all time is also one of the most valuable. Costing $299.99 back in 2008, the 5,922 piece Taj Mahal has seen its value approach $3,000 in recent times.

Like many vintage Star Wars toys, many of LEGO’s licensed Star Wars sets are worth a fortune now. The 1,455 piece Rebel Snowspeeder set from the Ultimate Collector’s Series is now worth around $1,550. The 3,096 piece Imperial Star Destroyer Set fetches over $1,600, as does the 2005 Death Star II.

The most valuable LEGO set in the world is based on the most iconic spaceship in the galaxy. The 2007 Ultimate Collector’s Millennium Falcon may not be able to make the Kessel Run in less than 12 parsecs, but a pristine example of the 5,195 piece set will set you back nearly $4,500. LEGO recently announced a new version, which with 7,541 beats the Taj Mahal for size. At £650, however, it also beats a second hand 1 litre hatchback for price.

For more on LEGO and LEGO sets, read our article here: https://www.collectors-club-of-great-britain.co.uk/articles/articles//do-you-remember-lego-fabuland