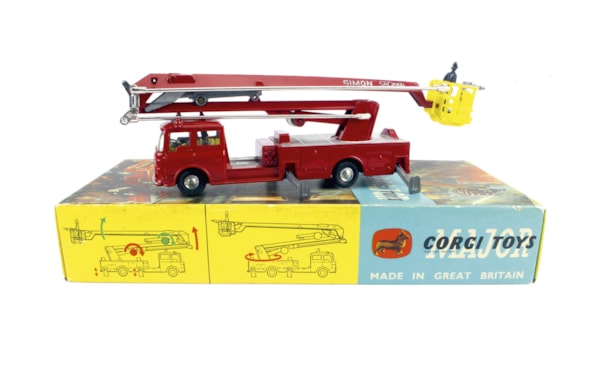 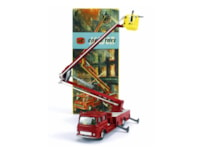 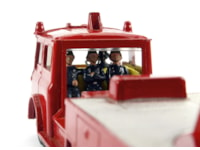 Never lost for things to talk about, Rick Wilson delves into his collection

Corgi Major No 1127 Simon Snorkel Fire Engine, released in September 1964, was a superb replication of one of the very latest types of fire engines in use at the time of the toy’s release. It is a perfect example of Corgi’s ability to engineer in miniature to the highest standard and at the same time incorporate top notch playability.

Initially packaged in a Styrofoam moulded base with a very attractive box lid featuring excellent artwork of the unit in action, the model would be sold in the less appealing, but more sales point friendly, window box during the later years of its life up to its withdrawal in 1976

The boom rises and lowers by way of a beautifully engineered pantograph mechanism that keeps the yellow cage at the business end level at all times, just like the real thing. Two thumb wheels each operate a very clever rack and pinion system to move the whole arrangement up and down to the desired height, which is mounted on a simple turntable giving more manoeuvrability and flexibility. To keep the whole combination on an even keel are four extending steadying legs.

An operating fire engine wouldn’t be complete without firemen of course and Corgi wouldn’t leave us disappointed with six suitably attired figures – two in the front of the cab (one is a driver of course), three in the back of the cab, facing backwards, and that all important brave soul in the cage, ready to aim the hose.

Fabulously finished in red, of course, my toy was much loved and well played with. But with well over one million sold during its twelve years in the shops it is fairly easy to find one in good boxed condition today and this one cost just £25 from an online auction website in February 2016 to replace the very playworn one that I donated to a local hospital many decades ago.