An introduction to collecting PEZ dispensers 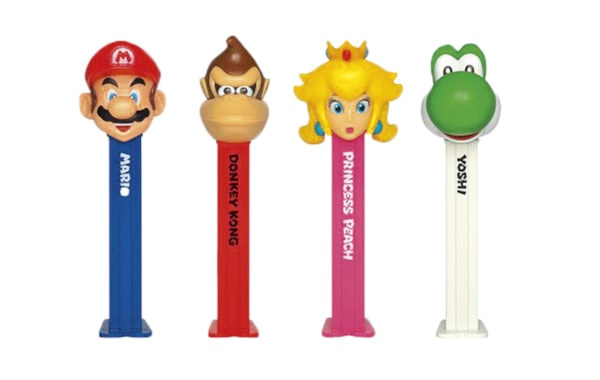 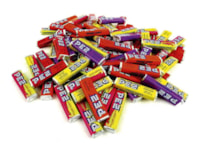 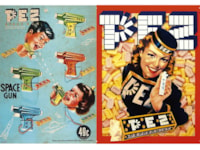 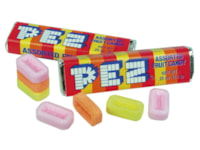 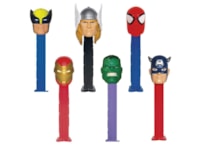 When researching these articles there’s often no way to predict how much material you’re going to find on any given subject. Sometimes it’s a case of there being too much information, and you’re having to dig through lots of material to unearth the helpful stuff. Other times you’re scrambling for anything you can get your hands on, desperately trying to 101 a subject that clearly has limited appeal.

In the case of PEZ dispensers, you simply would not believe just how much is out there and how many communities exist that revolve around the novelty toys.

PEZ dates back to the late 1920s when the brand first emerged as a peppermint sweet in Vienna, Austria. The name derives from ‘Pfefferminz’, the German word for peppermint. Its creator Eduard Haas originally made PEZ using family baking products and initially stored them in small tins. The dispenser was later invented by Oscar Uxa and first sold by the Haas Food Manufacturing Corporation.

The idea was both to keep the sweets fresh and clean, and also to sell them as an aid to smoking cessation – hence the decision to make early designs look like cigarette lighters. Indeed, one of the early ad campaigns proclaimed ‘No smoking, PEZing Allowed’.

Like many industries, production was hit by WWII and it was not until the 1950s that PEZ was introduced to the United States. It took just three years for the dispensers to adopt a lighter tone and start including character likenesses such as Popeye and Mickey Mouse. It was also around this time that alternative flavours were introduced, alongside PEZ vending machines starting to appear in Austria, Germany and Switzerland.

PEZ went on to become so popular in the West, and in America in particular, that the company established its own US manufacturing plant in the 1970s. By 1991 the first collector conventions began. In 1993 PEZ landed a spot on the cover of Forbes magazine and had its own dedicated auction at Christie’s in New York. PEZ has over the years inked deals with a litany of world famous brands including Marvel, DC, Star Wars, Pokemon, The Simpsons, Super Mario, Spongebob Squarepants, Pixar, Angry Birds and The Muppets.

There have been an estimated 1,500 unique PEZ dispenser designs over the years, meaning collectors have a lot of entry points when trying to figure out how to get started. It’s easiest to start with modern dispensers as that way you can cheaply amass a large collection relatively quickly. It’s estimated that the market at any one time has anything up to 75 different dispensers available for $1 or less. One need not necessarily graduate into vintage dispensers either, as there’s a wide world of PEZ related garb that may be of interest, such as old ads or candy packs.

Those who do opt to collect older dispensers may be well advised to leave them in their original packaging as this both protects them and increases value. Some people, however, will argue that the real joy of the PEZ is the in-hand experience. It’s a personal call, at the end of the day. Also be cautious of repaired dispensers. Some collectors are fine with this practise providing precisely matching parts are used. Any mixture of parts from different dispensers can cause alignment problems with the mechanism, however, and will drastically reduce value.

Dating dispensers can be harder than it sounds. One method uses the patent stamp on each design, but even this is not 100% accurate. For instance, patent stamp 2,620,061 was registered in 1952, while a second patent, 3,410,455, was registered in 1968. This does not necessarily mean that all dispensers carrying the former pre-date 1968, however, as there was a gradual shift to the new design which persevered for many more years.

There are certain dispensers that were only made in specific years, however, such as the Olympic PEZ (1972, 1976 and 1984) and the rubber headed Eerie Spectres monster PEZ from 1979.

Another personal decision will be how to display your collection. The ideal scenario is buying two of each PEZ – one to display in its original packaging and another to open and enjoy. This ramps up the costs, of course, although if your focus is modern dispensers this should be entirely viable. Older dispensers, and indeed some modern designs, will lack feet for standing, but custom-made shoes are available online. A rack or stand will lessen the risk of a domino-style collapse. Note too that the plastic used for dispensers is sensitive to heat and light, so keep them well away from radiators and windows.

The holy grail among PEZ dispensers is the 1982 World’s Fair design. Only two are known to exist – one with a blue stem and the head of a blue-helmeted astronaut and another with a green stem and white helmet. In 2006 the latter sold for over $32,000.

Decent examples of the 1955 Santa dispenser, which was among the first character designs, are both rare and expensive, as are original 1940s dispensers with the early cigarette lighter design. Also on the most wanted list is the 1955 Golden Glow PEZ Dispenser, with a wide gold coloured base and gold stem, that was only available via mail order.

Always popular on the markets are examples of the 1955 robot and flying saucer dispensers, as well as the iconic space gun – a design that cropped up again alongside the Star Wars branding in the 1980s.

A more recent oddity is the Make a Face PEZ Set, which came with six tubes of PEZ candy and a tiny Mr Potato Head toy, the face pieces of which are interchangeable. Having been recalled for child safety concerns, these dispensers cost several hundred pounds in mint condition. Also on the rare list is the Mickey Mouse Soft Head PEZ Dispenser prototype, which is very hard to find and has an estimated value of around $7,000.

Trying to make sense of the world of PEZ collecting? Here’s a look at some of the more common terms you’ll come across:
Stem - The stem is the rectangular length of a PEZ dispenser which holds sweets. Most commonly they are rectangular but some dispensers will feature a molded character body or shape, such as the 1950s space gun.
Head – The decorative top of the dispenser.
Floppy Head – A term used to describe a dispenser whose spring is broken or no longer engaged, causing the head to open when tipped back.
Regulars – This term refers to the first PEZ mint dispensers which were plain and rectangular, with a simple flip top for dispensing the sweets.
Vintage – Generally used to describe dispensers produced prior to 1980. These are easiest to identify thanks to the lack of ‘feet’ on the stem, which were a later addition to the design.
Modern – Anything produced from 1980 onwards, normally with feet.
Injection Mold Codes (IMC) – A code located on the stem of a dispenser which indicates which country a stem was produced in.