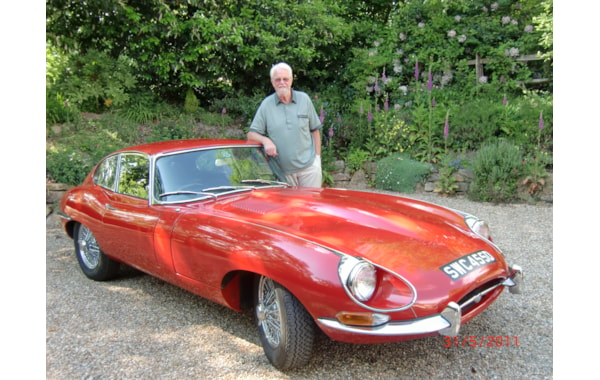 News reached us recently of the passing of Ray Strutt. David Wright, a regular contributor here, knew him very well, and remembers a wonderful character from our world of collecting.

“It’s a sad day when a pillar of the model car collecting field passes on, and when I heard that  Ray Strutt was no longer with us, I was really quite shocked. I had a long conversation on the phone with him only a few months previously, and he was enthusiastically getting into research on the variations of the Dinky Toys 39 series American sedans, one of his principal loves.

“I first knew Ray when he was the Southern Area Editor of the then fledgling, independent Collectors Gazette, working with Martin Weiss, editor and founder. He had worked as a structural engineer for many years and, in the late 1980s, had chosen to take up a position in this new venture, as it enabled him to follow his hobby in a more serious way.

“After developing links with many model car manufacturers all over the world, his main interest in white metal handbuilt models took him into exhibitions, as organiser for Modelex. The first Modelex show in 1990 took place at the National Motorcycle Museum in Solihull, West Midlands, in just one room. He enlisted a team of helpers, including his wife Chris, and wore red trousers to be recognised around the hall! From that modest start, the show became a truly international affair, with exhibitions by major US and European manufacturers. Sponsors such as Classic & Sports Car magazine awarded trophies for ‘Best Model’. Many important visitors became regulars, including one VIP, HRH The Duke of Gloucester, with whom Ray became friends. With numbers of people attending dropping, the final show took place in Lille, France in 1998. He had truly established a world-wide network of long standing friendships.

“With this knowledge, Ray later joined the Wallis & Wallis auction team, assisting in cataloguing entries for the toy auctions, and generally helping in promoting its services. Ray and I were chatting one day at a Windsor Toy Fair in 2008, and found we both had a desire to record for all interested the history of many of the manufacturers and personalities that we had both come to know and admire. We had some 50 years plus of collecting experience to bring to bear between us, and thus spent a very enjoyable three years researching as many white metal manufacturers we could locate, using any means available. We both found the launch of our book, A History of White Metal Transport Modelling, at Sandown Park in November 2011, together with our two wives, Chris and Chris, a truly unforgettable day.

“We kept in regular touch, meeting at toy fairs, sharing experiences, and Ray’s principal interests remained his 39 series Dinky Toy models, together with Mercedes-Benz cars, and the British Vanwall racing car. His interests also included 1:1 classics, and for some time he owned a Jaguar E-Type. He then progressed to a more reliable Lexus Soarer, which somehow seemed to accurately mirror his height, presence and style!

“Ray’s health began to decline during this last year, to a point where hospital care was essential. At 82 years of age, he died peacefully after a visit from his family. He leaves his wife Chris, his daughter, son-in-law and two grandchildren, and his son Philip.

“He always impressed as a gentle man, with an engaging smile, smooth voice, imposing stature, always able to tell a story appropriate to any conversation. He enjoyed the friendship of many in the model collecting field, recognizing that language and distance held no barriers. As a senior, statesmanlike figure of our collecting world, he will be sorely missed.”