Having a marvellous time with Hasbro’s Marvel Legends figures 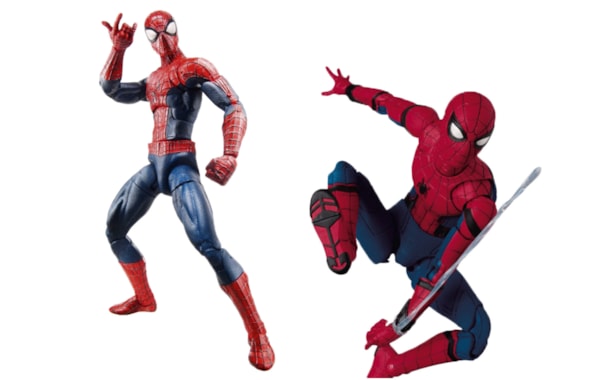 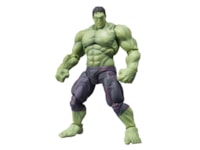 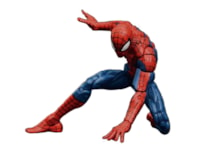 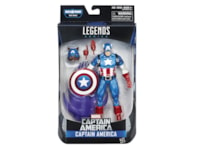 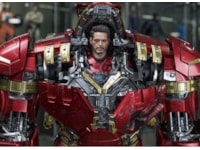 With fantastic articulation and a huge assortment of characters, the Marvel Legends series has become a huge hit with collectors

Figures based on the many popular properties of Marvel have been around for as long as the comics and cartoons themselves. However, it was the arrival of the 6-inch Marvel Legends line in 2005 that placed the series in the forefront of many collectors’ thoughts.

Marvel Legends was originally a spin-off from Toy Biz’s Spider-Man Classics line. Early figures shipped in clamshell packaging and included a reproduction of a classic comic. This all changed when Hasbro acquired the license in 2007, from which point the comics were dropped. However, the company’s initial offerings were poorly received, in part due to the reduction in articulation compared to their Toy Biz predecessors. Subsequent releases were then criticised for poor paint and questionable sculpt.

In fact, many presumed the series dead in the years that followed. It wasn’t until 2012 that the company rebooted the line and ramped up its manufacturing and marketing efforts. Articulation was again central to the design, and with good reason. Collectors liked nothing more than to recreate their favourite scenes from the comics and films, and these new Legends figures not only included fully articulated necks, shoulders, elbows, waists, knees and ankles, but also an ab-crunch and often one or more pairs of alternate hands for either gripping weapons, pointing or many other dramatic poses. In fact, Marvel Legends has been such a hit that many toy designers have followed suit, not least the minds at comic rival DC.

Another Toy Biz innovation that Hasbro maintained was the Build-A-Figure gimmick. This sees each figure within a series include one part of a larger character, the idea being that collectors are encouraged to buy all of the releases in each run to complete the extra figure. There have to date been Build-A-Figure series based on several characters including Guardians of the Galaxy’s Groot, Thanos, Iron Man’s Hulkbuster, Ultron, Rhino, Juggernaut, Sandman and Gladiator Hulk as seen in the recent film Thor: Ragnarok.

One of the great things about Marvel Legends is its ability to tap into a huge number of properties. Starting a collection is as easy as choosing what series or character you like the best. Perhaps you’re into Spider-Man? Or the X-Men? How about the Fantastic Four, Guardians of the Galaxy or Dr Strange? Maybe you’re keen on more contemporary characters like Ms Marvel or Spider-Gwen, or more the marginal cast such as Jessica Jones, Cottonmouth or Ghost Rider?

Tracking down older releases is not too big an issue, thanks in part to the sheer numbers in which they were produced. More obscure characters can be a bit more of a gamble, however, with some widely and cheaply available while others remain harder to trace. Be wary of loose figures from retailers based in China or Hong Kong, as bootleg characters of many versions can be found widely online. If a price seems too good to be true it probably is.

Mint figures in packaging will of course cost more, but loose figures can still often be found in good condition thanks to the number of active collectors. Sealed figures will of course retain their value the best and almost certainly gain value over time, but there’s also something to be said for unboxing your figures and enjoying them. That may offset any potential financial loss incurred by not keeping them pristine. Always try and keep your figures complete, too.

One of the greatest figure designs to emerge from the modern Legends era first arrived in 2014. Having won the rights to produce Marvel Legends figures from Toy Biz a few years prior, Hasbro’s new Spider-Man mold debuted in 2014 as part of the Ultimate Green Goblin series.

The first wave included two variations – the recognisable Amazing Spider-Man figure, fashioned on the character’s appearance from the Amazing Spider-Man 2 film, as well as a Superior Spider-Man recolour. The latter was based on the Marvel comic series of the same name that saw a reformed Otto Octavius (Doctor Octopus) inhabiting the body of Peter Parker and vowing to be a better superhero than his predecessor.

The following year saw the release of a more classic look for the superhero with a release commonly referred to as ‘Pizza Spider-Man’, thanks to the inclusion of a pizza slice accessory in the box. This figure was re-released this year, minus the additional hands, as part of the Marvel Legends Vintage Series.

Also released in 2015 was a Spider-Man Infinite recolour of the mold based off the character as seen in the Spider-Man 2099 comics, in which Spidey is the alter-ego of Latino Miguel O’Hara.

It hasn’t stopped there, either, with subsequent variations including two designs based on the Scarlet Spider, the symbiotic Venom, two versions of the character from the Ultimate Spider-Man comic and TV series, another Spider-Man 2099 release and a figure based on the little-known British-branded Spider-UK.

Marvel Legends are just the beginning when it comes to Marvel toys, of course. High-end collectors may want to sample the likes of Revoltech’s Amazing Yamauchi series, which can be imported for around £80 per figure. Mafex’s take on Spider-Man from the recent Homecoming movie, meanwhile, has been very well received. Figuarts also offer a range of Marvel figures, including Spider-Man, Thor, Captain America, Hulk and Iron Man. Some of these can be found for under £50 either from overseas or UK import retailers. The prices can climb to well over £100 for rare or older figures, however, and beware of knock offs (sometimes referred to as ‘Chinese Editions’ on eBay). The high-end market is bossed by Hot Toys, which has a number of fantastic Marvel offerings, but expect to pay hundreds of pounds for the pleasure. Its terrific Hulkbuster figure can rarely be found for below £600.