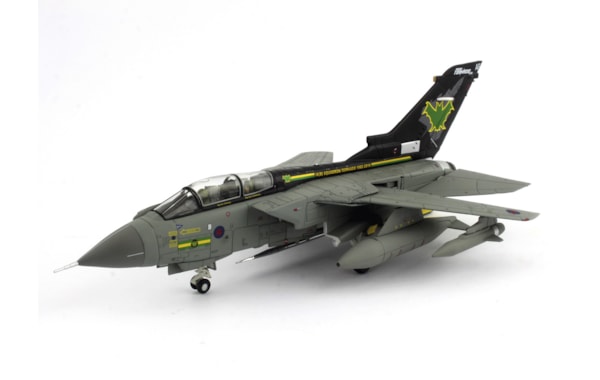 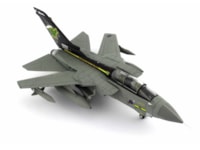 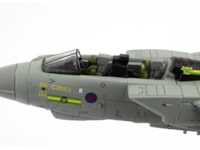 As the Royal Air Force was taking delivery of its first Lockheed Martin F-35 Lightning II jets in the summer of 2018 at RAF Marham, the base was also preparing to bid a sad farewell to the Panavia Tornado GR.4, an aircraft that has served with distinction for almost 40 years. As the oldest dedicated bomber squadron in the RAF, it is fitting that No.IX(B) Squadron would have the honour of being one of the last to operate the Tornado, particularly as it was also the first unit to receive the then new Tornado GR.1 back in June 1982.

As the Tornado’s RAF retirement date approached, the squadron marked its long association with the aircraft by specially presenting Tornado GR.4 ZG775 in a striking retirement scheme, which featured the silhouette of a Tornado with its wings fully swept back on its tail, overpainted with the squadron’s distinctive green bat crest. With its motto "Through the night we fly", No.IX(B) Squadron has operated the Panavia Tornado for almost 37 years and its retirement was met with sadness by the crews who had flown and worked on this magnificent aircraft, but there was also great pride amongst all in commemorating its illustrious service achievements. As the sun finally set on the service career of the RAF Tornado, the ‘Bats’ of No.IX(B) Squadron will continue to fly on.

Corgi's Tornado casting is not new, obviously, but this particular model is very poignant and commemorates the emotional retirement well.

The mostly grey paint finish is perfectly matt and the black upper fuselage and tail are equally well done. The aircraft is nicely printed with the special squadron markings too.

With moveable wings and tailplanes, the model also features exchangeable undercarriage and the cockpit can be removed to reveal a very nicely appointed interior, featuring pilot and co-pilot.

Excellent job all round.