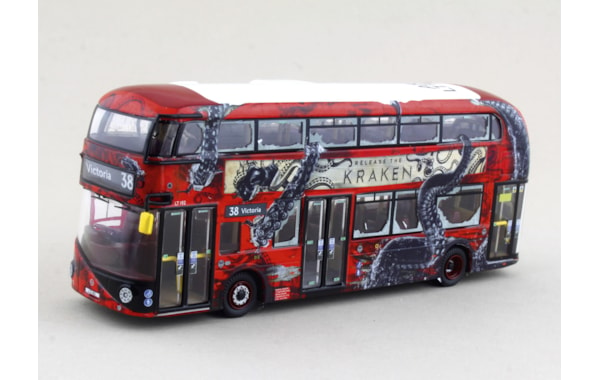 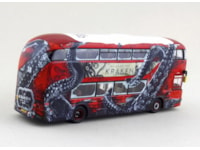 First introduced in 1912 to connect Victoria with Leyton Green, Route 38 now runs between Victoria and Clapton Pond, and is London's most frequent bus service, with a bus running every sixty seconds during the morning peak period. Originally operated from Leyton Garage, route 38 weathered the changes forced upon London's bus routes during World War I and even retained its route numbering through both the introduction of The London Traffic Act in 1924 and the changes brought about by the London Passenger Transport Board in 1934.

Between 1934 and 1968, the number 38 went through several route changes, extensions and reductions, but it was the large scale re-organisation brought about by the opening of the Victoria Line in September 1968 that changed the face of the route, along with further cut backs in October 1969.

Run by London Forest Buses from 1989, then Leaside Buses and East London Buses during privatisation, the 38 has been operated by Arriva during the TfL period, and the Hackney Central to Victoria part of the route was chosen to run the eight prototype Wrightbus New Routemasters between 27 February 2012 and 10 May 2014.

The incredibly eye-catching livery for this amazing bus is the result of a commission set out with the Oink design company, by Proximo Spirits, the owners of the Kraken Rum brand. The phrase "Release the Kraken" is largely attributed to a line from the 1981 film The Clash of the Titans that also featured in the 2010 remake, uttered by Laim Neeson's character.

Legend has it that a ship carrying spiced rum from the Caribbean was attacked by the monstrous, mythical Kraken. The beast thrust its massive limbs upon the ship, plunging the vessel and the men on board into impenetrable darkness. All of the barrels of rum were destroyed except one, which was badly stained by the squid’s black ink. It was dubbed “The Kraken Rum” and is now known as a liquid of unparalleled darkness.

The work that Corgi has put into replicating the incredible livery is astonishing. The incredibly complex wrap is a proper work of art in itself, negotiating the compund curves flawlessly. Quite how this has been managed is almost beyond comprehension.

Running as fleet number LT 192, with registration LTZ 1192, the model is also available as No OM46624A, again on route 38, but with a destination of Hackney Central. Displayed together will certianly make for an impressive sight.

Both of these models are selling incredibly fast, in fact Corgi has already sold out, so visit its website to direct you to a retail stockist. Don't delay, otherwise you might 'miss the bus'.