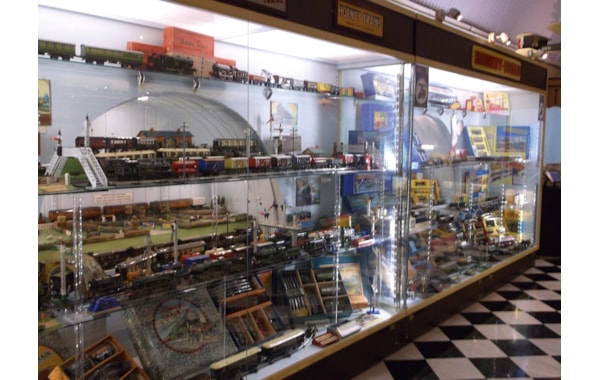 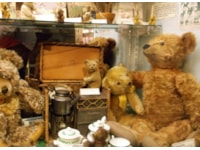 It is now 30 years since the front page of the Collectors Gazette announced the opening of Brighton’s Toy and Model Museum. At the time, neither myself or my colleagues would have dared to imagine that our venture would become a leading Brighton tourist destination, be the subject of numerous TV documentaries, and gain the status of national, even international recognition.

By the early 1990s I had amassed many beautiful toys, models and particularly trains since my schooldays, initially financed by hard earned pocket money, later by model work, restoration and advising auction houses. My friends convinced me that my burgeoning collection, then outgrowing my flat, would be best in a museum to be enjoyed by collectors generally. So, it became my ambition to create such a home for my lifetimes collection, from a period best described as the Age of Steam Power, before mass production and plastics became the norm.

The site found, under the forecourt of Brighton Mainline Station, was an abandoned derelict cavern previously used to store beer barrels. Neither myself or my colleagues, realised the effort and sweat this would entail, with no funds, tools or experience available. Our small band however persevered and somehow obtained all the materials required from sympathetic sources. It is a major tribute to the early Trustees that the Museum was built, launched and went on to grow, with no support from public funding.

The Museum is now also Involved in the refurbishment of the Trafalgar Street bridge under croft, the scheme aiming to improve the gateway to the North Laine area, a favourite of shoppers and tourists. The Brighton Belle mural opened by Sir William McAlpine remains a centre piece, and continues the Museum’s support of the Brighton Belle restoration project.

The main subject matter of the collection is mainly trains, the most prolific boy’s toy of the time, but also includes rare doll house furniture, Dinky Toys, Minic vehicles, model aeroplanes, soft toys, kitchen furniture, in fact all the best examples of products from the nineteenth to late twentieth century which formed the foundation of early years development of adults in that era. Not so much “toys”, but reality in miniature. All top makers such as Marklin, Bing, Carrette, are represented. The spectacular Meccano display, and the collection of model trains are almost certainly the most comprehensive on public display anywhere, and a Mecca for many collectors.

My collection, for which the Brighton Toy and Model Museum was created, has also progressed significantly and in 1994 was placed in trust as the Littledale-Brough Trust, also including the collection of the late Derek Brough of paperweights, models and catalogues. In this way the whole Collection is protected to ensure that it remains together in perpetuity for the enjoyment of future generations. The Museum is a Registered Charity and the HMRC has extended the charitable status to the Littledale-Brough Trust, in order that both can benefit from the Gift Aid scheme individually. In addition to the Littledale-Brough Trust Collection several other excellent collections are also displayed, such as the Sarah Leather biscuit tin collection, featuring many beautiful examples of the tin printing art.

Of special interest to all collectors must be the Brighton Toy and Model Index, accessed through the Museum website, which is available to collectors and the public for research purposes, free of charge. It is a regularly updated knowledge base for toys, models, manufacturers and the general and social history across the UK and Europe from the Industrial Revolution to the mid- 20th century. It contains over 9,000 pages, and is continuously updated with new information. The location of models in the Museum is also shown to help visitors.

The speciality subject matter of the Collections is unique in the UK and is largely overlooked by more mainstream museums, even though playing with trains, building models, dressing dolls or setting out dinner parties were a major “growing-up” preoccupation and influence on the culture of that time. Nowadays this is often condemned as representing outmoded views, language and behaviour or being sexist, and is often airbrushed out of history. It is however the responsibility of all Museums to record past culture accurately, without insulting past or current generations.

I wish to acknowledge the immense contribution made by my many friends, Trustees and benefactors, some sadly no longer with us, for the practical and financial support so willingly given. Without that support the wonderful collections displayed in the Museum would never be available to be enjoyed by other collectors or the public generally. All involved can be proud of helping to create a superb historic and cultural record for the benefit, enjoyment and enlightenment of future generations.