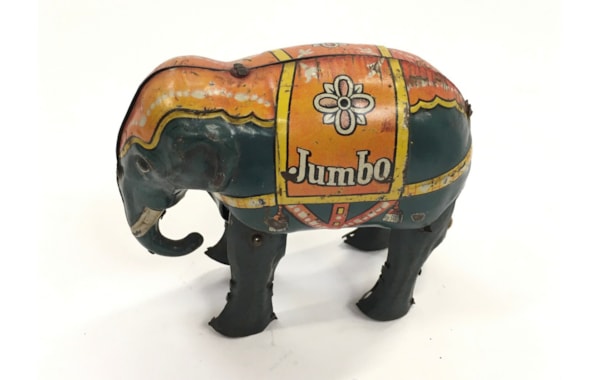 Cottees recent sale had the punters out in (virtual) force.

A good number of Marklin HO railway items sold on the day, although Bachmann and Lima engines and rolling stock also featured in the sale. A Bachmann (shop?) display case with working lighting raised £80 but just £20 was enough to secure a Hornby O gauge post-war set consisting of an MO Goods Set with an 0-4-0 loco and tender in red numbered No.6161, together with two open wagons and a small quantity of two rail tinplate track. It was even boxed!

Kits also put in appearance, with a huge number selling at the event: tanks, aircraft and railway items all crossed the podium, and you could almost smell the adhesive. A trio of Airfix BAC TSR-2 kits realised £100 while a pair of Italieri Lockheed SR-71 Blackbird kits made £130. All were unmade. Four Hobby Craft aircraft kits (RB-47H "Watchdog" Reconnaissance, two USAF B-47E “Stratojet" Bombers  and a B-47B "1st SAC Striker") stopped at £40 but there were also examples of other aircraft kits from Hasegawa, Revell, Minicraft, Dynavector, Tamiya and Academy. On the Tamiya front, several 1/35 scale tanks were sold: these kits are highly rated in terms of quality amongst modellers, and a group of five WW2 subjects was bid to £85.

On the vintage side of things was a Blomer & Schuler German tinplate Jumbo, which made £90. This was a clockwork elephant, and a version finished in dark grey. He was classed as in fair to good condition.

Another German lot was the Schuco 1012 "Mirakomot" tinplate clockwork motorcycle. Marked Made in the US Zone of Germany, it was finished in red and carried a light tan rider, with racing number 4 on his back. In good condition, he finally sold for £60.

For aviation enthusiasts, something of a bargain in the shape of an unboxed Meccano No.1 Aeroplane Constructor set built as a biplane: this was lovely in cream and red and it was described as a good plus example. Together with instructions, it sold for £80.

Finally, another UK slice of nostalgia in the shape of a Chad Valley Gypsy Caravan tinplate confectionery container. A scarce example in pale yellow, it featured hinged steps to the front and a hinged roof which formed the lid. Equipped with freely turning wheels and some six and half inches long, it was knocked down for £110.