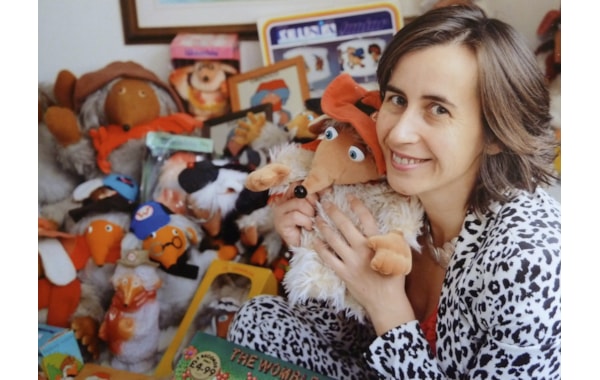 On the 9 November, a historic sale is due to take place at British Toy Auctions when the largest collection of Wombles and Womble memorabilia in the world, as certified by The Guinness Book of Records, will be broken into smaller lots and made available for purchase.

Before Greta Thunberg and the Extinction Rebellion protesters were even a twinkle in their mothers’ eyes, Baby Boomers had a much gentler, even cosy, guardian of the environment in the Wombles.

These lovable, furry creatures with fabulously exotic sounding names like Great Uncle Bulgaria, Orinoco and Tomsk, lived in a burrow on Wimbledon Common, collected litter and introduced a whole generation to the joys of recycling and loving family values. Inspired by a series of children’s novels from the pen of the late, great Elizabeth Beresford, who, in turn, based these lovable characters on members of her own family, a television series of five-minute episodes began in 1973 and continued until 1975. Aimed at children, but immensely popular with adults too, The Wombles sensation became something of an indicator that times were changing and a new environmental awareness had been born. The programmes featured the ever-charming voice of Bernard Cribbins and an exceptionally catchy theme tune by Mike Batt.

It is not surprising that this phenomenon inspired an enormous merchandise industry and an equally dedicated group of collectors interested in forming collections around them. With items ranging from Wimbledon FC souvenirs to a pop group of the same name with three hit albums, the choices were vast, but the greatest collector of all, with a certificate from the Guinness Book of Records to prove it, is surely Norwich’s Gill Seyfang.

Ms. Seyfang, now a senior lecturer in Sustainable Consumption, at the University of East Anglia, smiles when she recalls: “The philosophy of the Wombles is what resonated with me the most as a young girl, so I would say it has definitely inspired my life and what I teach now.” She goes on to say: “On a simple level it is about pesky humans leaving their crisp packets on Wimbledon Common, but it also goes a little deeper about humans not looking after the planet. It was really ahead of its time in many ways.”

The collection features 1,703 items (plus the Guinness World Records Certificate proving this to be the largest collection of Wombles memorabilia in the world) and whilst most of the items in the collection will be available on 9 November, some of the larger single items will be sold at a later date as part of  The Auction Centre’s fine art auction at their shared Runcorn saleroom.