Rare boxed sets of antique and vintage marbles at Morphy's 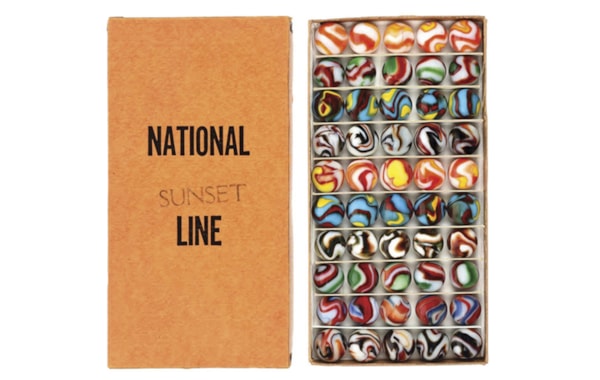 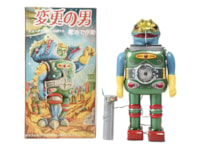 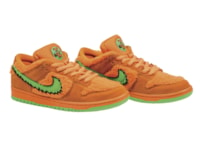 Marbles, space men, diecast vehicles... and even trainers, feature in the next auction

Whether they’re European antiques, American tin vehicles or postwar favorites from Japan’s golden era of robot production, toys are on a roll. Seasoned collectors are doubling down on their acquisitions while also being joined by a whole new group of international collectors who’ve caught the toy bug. With internet live bidding available to virtually everyone, Morphy’s toy auctions have become the vibrant epicenter for the global toy hobby. Their June 16-17 auction includes not only a fantastic selection of toys and trains, but also holiday antiques, baseball cards and approximately 100 pairs of collectable sneakers.

The two-day event, which incorporates general collectibles, opens with Lehmann and other early German toys, followed by two dozen European and American board games, and everyone’s favorite: vintage Halloween items. The colorful 30-lot grouping evokes the best of childhood memories in the form of candy containers, jack-o’-lanterns, noisemakers die-cuts and masks.

A prized 12-inch German Halloween candy container takes the form of a cloth-dressed witch holding a broom and wearing a pointed hat. From the early 1900s, the witch is all original, with an expressively-painted plaster head. Estimate: $6,000-$9,000. Another star lot is an 11-inch clown “veggie man” candy container with carrot arms and shoes; 3-D apple adornments, and an egg-shape vegetable on a rope. Nicely painted and detailed face. This delightful circa-1920s figure stands 11 inches tall and appears to be of German manufacture. Its pre-sale estimate is set at $6,000-$9,000.

With many world auction records for space toys to its name, Morphy’s will offer more than 100 robots on Day 1 of its sale, many accompanied by their coveted original boxes. A battery-operated remote control “Changeman” robot with a reproduction Japanese-graphic box is the most detailed of the three built-up versions produced by Marumiya. This particular Changeman version was never offered for public sale but now comes to auction with a $3,000-$6,000 estimate.

A mid-century “must-have” for any serious robot collection is Chief Robot Man, made by Yoshiya, Japan. The handsome example in Morphy’s sale is in excellent condition and fine working order. As the text on its included original box states, the multitalented robot moves his head around, walks, stops, turns and spins his radar antennae. Clean and crisp, it is offered with a $1,200-$1,800 estimate.

Antique and vintage marbles have been a part of the auction fabric at Morphy’s since the company first opened its doors in 1997. In the past, marble enthusiasts from around the country have even planned mini-conventions around Morphy sales featuring marble collections. Many of them are expected to join the fun during the June 17 session when 51 marble lots are presented. Both singles and sets will find new owners, including latticinos, sulfides, swirls, onionskins, and lutzes. All eyes will be on Lot 2020, which Dan Morphy, president and founder of Morphy Auctions, describes as “the crown jewel of all onionskin marbles.” It measures 2-3/16 inches, has a shrunken core of yellow and red, and outer decoration that displays outstanding cobalt, red and white spotting. A one-of-a-kind marble in 9.0 condition, it is expected to attract a winning bid in the vicinity of $20,000-$30,000.

A number of gorgeous boxed sets will be sold, including a Christensen Agate “World’s Best Guineas” set, $8,000-$12,000; and a very rare M. Gropper & Sons/Peltier Glass Co., National Line No. 2 box set. This Gropper/Peltier selection includes 50 marbles, both sunset and rainbow types, in 9.7 condition. “It is the only set of its type that I know to exist,” said Morphy, himself a lifetime collector of marbles. Auction estimate: $18,000-$24,000

The June 16-17 sale will mark a “first” for Morphy’s as the company debuts a new category: collectible sneakers. More than 100 pairs of top-notch sneakers have been apportioned into 52 lots, including Air Jordans and other designs by Nike, Yeezy, and more. Highlights include Jordan 1 Retro Off-White Chicago sneakers, $5,000-$7,000; Nike Heinekin Low-Top Dunks, $3,500-$4,500; Nike Tiffany Low-Top Dunks, $2,500-$3,000; and a pair of dazzling orange and green Nike Dunks that were designed in collaboration with the Grateful Dead and the San Francisco skate shop FTC. Boxed, never worn, and authenticated by StockX, the shoes are estimated at $2,600-$3,200.

Many other toy and collectible categories will be in the spotlight at Morphy’s sale, including mechanical banks, Marx toys, cast-iron and die-cast vehicles, airplanes, and trains by Lionel, Marklin, Ives, American Flyer and others. A Lionel Blue Comet train set that includes a locomotive, No. 420 Faye Pullman car, No. 421 Westfall Pullman car, No. 422 Temple Observation car, and “brick” boxes is estimated at $4,000-$6,000.