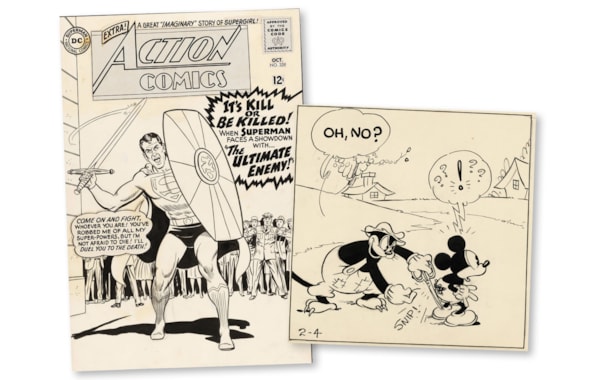 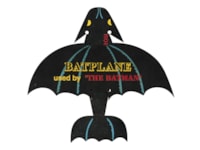 Hake’s Auctions, specialists in Americana and collectibles since 1967, set a new house record when their February 24-25 Premier Auction #231 cashed out at $2,888,163. Not only did the auction set a new monetary record for Hake’s, it also achieved new highs for sell-through rate (98%), bidder volume, and the number of bids placed.

“Our goal in every auction is to give our bidders the best opportunity to purchase rare, high-caliber items from any collecting category that grabs their interest. Whether they are passionate about comics, baseball, original art, political, toys, historical items, you name it, they will find something in our auctions. We are excited by the bidder turnout and anticipate growing it more in the future,” said Hake’s president, Alex Winter.

The original art for the February 4, 1931 strip from the “Mickey Mouse vs. Kat Nipp” story, featuring pencils by longtime Mickey comic artist Floyd Gottfredson and inks by Earl Duvall, was bid to $61,729, an auction record price for Gottfredson art of any type.

Action Comics #329 original cover art by Silver Age Superman artist Curt Swan and inked by Sheldon Moldoff soared to $48,964. The oversized 12½ by 18 3/8-inch thin artboard features the pen-and-ink cover that was originally published by DC in October 1965. The cover is dominated by a large, full body image of Superman in the center wielding the Super-Sword of Krypton and a large Super-Shield. The Vault of Horror #41 unpublished comic cover original art by Johnny Craig scared up a winning bid of $27,258. The Vault of Horror ended at #40 (December 1954-January 1955), so for this piece, EC artist Craig imagined what the cover of #41 would have looked like, had it been published.

A rare Batman Batplane premium – the only example Hake’s has ever offered – sold for $25,960, five times the high estimate. Marked “BATPLANE used by ‘THE BATMAN,’” the elusive item was included in the press book Columbia issued to the media for promotional purposes when The Batman serial was released in 1943.
Toys from the 1970s and ‘80s were led by a Transformers Series 2 Jetfire AFA 90+ NM+/MT that reached $24,806. This original factory-sealed window box contains the Autobot Air Guardian Jetfire. It was made by Hasbro in 1984 using the design of a Super Valkyrie mecha from the anime series Super Dimensional Fortress Macross. This is the AFA highest-graded example.

Star Wars collectibles commanded strong results, as well, with the only AFA-graded example of a 1978 Kenner “special offer” Land Speeder, factory sealed and in 85 NM+ condition, cruising past its $5,000-$10,000 estimate to settle at $17,523. A richly illustrated 1977 Star Wars Topps Series 1 cardboard display box containing its correct full complement of 36 unopened wax bubble gum packs came to auction sealed and authenticated by BBCE. It more than doubled its high estimate at $12,981. “A high-grade example of this item would have sold for a few thousand dollars just a year or so ago,” Alex Winter remarked. “Prices are really taking off.”