Figurines to the fore at Reeman Dansie 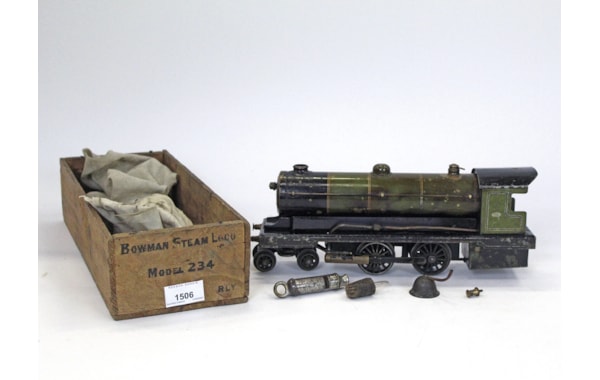 131 toy lots went under the hammer at the recent three-day Reeman Dansie sale.

Stadden needs no introduction to anyone interested in white metal miniatures and there were several outstanding, well-painted lots from this famous manufacturer.

A Stadden Edition cast lead military figure group by Charles Stadden featured a Squadron Corporal Major of the Life Guards with the Sovereign’s standard, mounted on a wooden plinth: this made £85. Elsewhere, a figure group comprising a Cuirassier trooper of the 1st regiment and a Voltigeur of the 45th Line from around 1815 was an interesting pairing that realised £80. A British counterpart was the mounted Royal North British Dragoon and a private of the 92nd foot regiment: this lot fetched £90. Another attractive model was the Peninsular War Regimental Drum Horse of The Queen's Own Hussars: beautifully painted, with the ensemble mounted on a wooden base, the fellow sold for £80.

Weaving in and out of the Lledo and modern Corgi lots, there was some railway stock present:  a 0-6-0 Bassett-Lowke gauge 1 clockwork locomotive in green livery and bearing No.810, together with a Southern tender No.453, Bonds three-rail 0-6-0 locomotive and some accessories, steamed off to raise £520.

Someone grabbed a bargain in the slot racing department: they scooped a Super Stox set (the one where the object is to destroy your opponent’s car), a boxed grandstand and pit set, as well as a Grand Prix racing set, for just £40.

Pelham Puppets surface at swapmeets and in the main, are not terribly loved by the general public. Typical prices fall between £30-60 but occasionally something truly special turns up. The sale featured a Fritzi (type SS) and a Russian Girl (type SM), both in their original boxes. Not common by any means, and in pretty good shape, considering their antiquity, they were contested to an eye-watering £1,300.
Still on imitation miniature human beings, a delightful Simon & Halbig Heinrich Handwerck bisque-headed doll, with a composite body and limbs, was still quite smartly dressed, despite her age: someone took her home for £65.