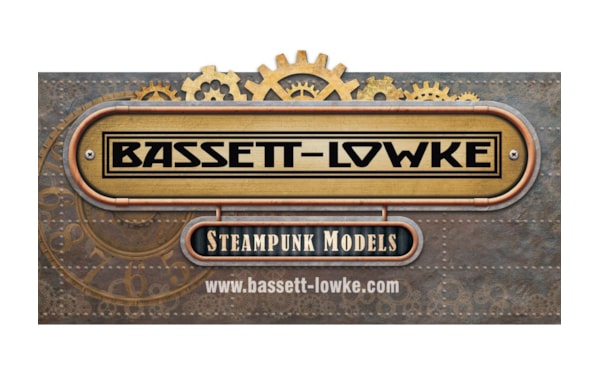 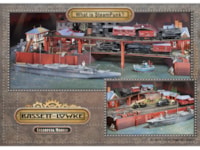 Visit any Comic Con exhibition and you will see literally thousands of cosplay enthusiasts dressed as their favourite comic or film character.

This type of fantasy alter ego hobby has become a worldwide phenomenon amongst enthusiasts of all ages and gender. The Comic Con fascination can and does extend to parallel worlds remote from reality.

Based in the past with a futuristic science fantasy twist, one such a genre is Steampunk, and the number of enthusiasts to this strange fantasy world is truly staggering. Events and conventions attract large numbers of participants dressed in a cross between historical and fantasy-based outfits, with the design heritage firmly entrenched in the Victorian era.

The Steampunk phenomenon provides Hornby with a unique opportunity to link their own interpretation and modelling expertise with that of this pseudo Victorian parallel World. Under the brand name Bassett-Lowke, a fascinating assortment of Steampunk inspired models and accessories have been created to allow a fantasy Victorian world to be enjoyed.

At the centre to the selection is an assortment of Steampunk inspired model railway items, including specially created military locomotives, wagons and buildings. All these items can be accommodated on a Steampunk World printed cardboard pop up layout base on which track, trains and buildings can be placed for the Steampunk fantasy modeller to create their own operating layout. Also included in the new World of Steampunk are two ranges of collectable figures wearing Victorian inspired outfits.

Steampunk enthusiasts are fascinated with mechanics and to accommodate this passion the Bassett-Lowke collection offers a selection of cogs and gears to allow the true enthusiast to attach them on to such diverse surfaces as clothing and buildings. A selection of acrylic paint is also available with colours chosen to reflect the gothic atmosphere of the Steampunk environment.

Finally, where would Steampunk be without access to chocolate and to round off this new quirky, fascinating and somewhat bizarre fantasy world, Bassett-Lowke has his very own chocolate machine!

It is a strange world but Steampunk is real and Bassett-Lowke is there to make it so. Click here to find out more