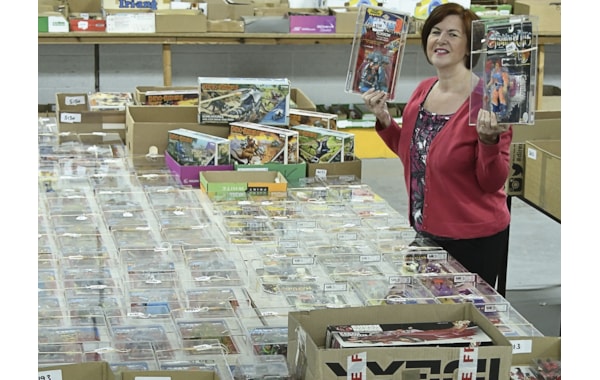 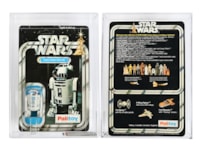 A collection of modern, plastic toys to be sold at Vectis Auction House this month is expected to sell in excess of £130,000!

The extensive collection is the best of its type ever to be sold in the UK, if not the world. It is predominately made up of small-scale action figures, who many people will remember from the 1980s and 1990s including; Masters of the Universe, Thundercat’s, Tron, Buck Rogers, Clash of the Titans, Flash Gordon and many more. The majority of the collection is graded and display sealed (to prevent wear or deterioration).

Nick Dykes, TV & Film Specialist at Vectis said “Vectis has recently experienced an increasing demand for more modern toys, especially in excellent condition. These are toys that typically would not have cost a fortune to buy originally but are now commanding high prices. Star Wars collectables, particularly vintage, have always attracted large figures, but now we are regularly achieving four figure sums for He-Man, Masters of the Universe and similar. We recently sold a He- Man pack for £12,000 against a £800 estimate. We expect this sale to be particularly popular.”

Included are rare The Lord of the Rings carded figures from the 1978 cartoon version, estimated up to £500 per figure, plus more unusual TigerSharks and Blackstar action figures.

The Action Figure sale is the first of a two-day TV & Film sale. The second day follows with more rarities such as a Meccano Star Wars IG-88 Bounty Hunter figure estimated at £6,000. It is not just figures at the auciton, as there is a POCH PBP (Spanish) card only (no figure) with a pre-sale estimate of £700. If you have the toy for this packaging you would be looking at figures in excess of £30,000.

The sale will be live online as Vectis continues to focus on its online sales even in a post-Covid era. The auction house has experienced extremely strong prices across all areas of toy collecting, particularly in the past two months as people are choosing to invest in other, none traditional, areas.

A full pictorial catalogue is online now at www.vectis.co.uk