Sworders conducts a wide range of specialist sales throughout the year.

Sworders bought the hammer down at £23,000 on a superbly preserved carriage toy by the 19th century Nuremberg maker Rock & Graner: proof that the collecting market has morphed far beyond those objects made specifically as works of art.

Whether a rare Victorian tinplate toy, a signed photo of Winston Churchill or a 1930s map of the London transport network - all would now command sums to dwarf those paid for a piece of Georgian mahogany furniture.

In short, 21st century collecting has few boundaries. In recent years, fuelled by a demand stoked by significant anniversaries and the supply that has followed a passing generation, prices for campaign medals and gallantry awards have moved significantly. British hammered and milled gold coins have enjoyed sustained demand for over a decade while early Olympic, rugby or football memorabilia, pictorial enamel signs, vintage movie or travel posters and souvenirs of rock and pop greats are also among the current strong suits.

Nostalgia, historical importance and rarity all play key roles in pricing but so too does modern technology. The array of the internet search engine - capable of matching sometimes far-flung buyers and sellers in niche or esoteric fields - has been key to Sworders many successful sales in this sphere.

How to restore and convert your toy models 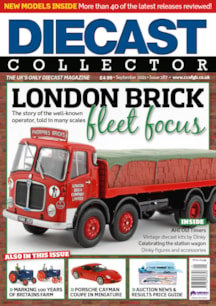