The A-Z of Collecting: Elastolin 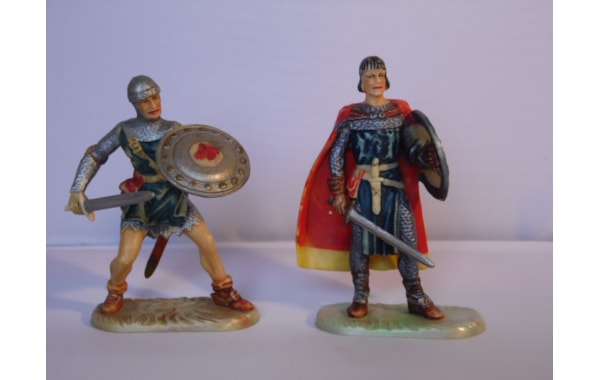 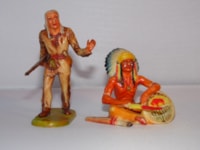 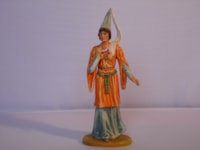 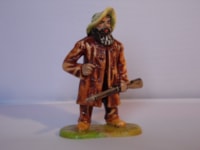 Remembering the historical German figures, know for their detail and finish.

Okay, I admit it. I have a bit of a thing for German company Elastolin. Regular readers will know this already but I’ve been a life-long devotee of the output of this particular manufacturer. There’s no real secret to this: the company’s products were so detailed and so well executed in terms of pose and historical period that nothing else on the planet came close. The figures were also, at least in the early days, beautifully painted, which is what I’m focussing on in this month’s column.

This may at first sight sound an odd topic upon which to dwell but let me explain a little. First off, you have to come back with me all the way to 1955, when Elastolin released its first hand-painted plastic (as opposed to composition, the earlier material employed) figures. Prince Valiant was the chosen subject but this was no chance affair: a successful American comic strip dating back to the 1930s, coupled with a film of the same name that was released in 1953, provided the underpinnings.

Prince Valiant was quickly joined by Sir Gawain and Prince Arne von Ord, as well as a desirable damsel from a castle. This little group would all benefit from Elastolin’s stunning paint techniques, something that no other manufacturer was ever able (or wished) to emulate.

We’re talking here of an era when figure painters would have been domestic rather than outsourced labour in some Far Eastern country. Amazingly (and I use the word with heartfelt meaning), no fewer than five different painting techniques were employed back then. In retrospect, it’s almost impossible to comprehend; after all, by the early to mid-1950s plastic figures were in their infancy. The UK was just waking up to the products of one M Zang (if you stick with this series, Z will reveal all!) which were simply painted in matt colours. Oh, and the paint didn’t adhere too well, either.

In contrast, skilled Elastolin painters were going over the top with the 7cm range of figures. Thinned, transparent paint was applied to the (often) ivory or waxy-coloured bare figures. Where clothing was involved, this paint was then wiped so that higher contours lost colour whilst the crevices took on a contrasting tone. A second painting phase saw this same application applied to the skin tones: bear in mind that Elastolin painters didn’t just use a flesh colour, they would have had different mixes for the Red Indian range, for example. A third painting technique involved  covering all the figure and then applying a matching tone with an a lightly loaded brush: dry brushing, as it is known amongst modellers.

It didn’t end there, though. A further development (and one that was adopted by most of the Wild West range) was that of painting the figure as above, adding a stain and then wiping it off. Again, the result imparts a depth of realism to the figure than simply cannot be achieved by a “flat” painting technique. The fifth phase was that of basic painting, with no attempt at highlights.

Needless to say, these early models have great appeal to the collector and given an example, experts greater than I can tell you which painting technique was deployed. No two figures are thus the same – and indeed, there are variations in facial expression, according to the painter in question.

In these days of mass production and uniformity, Elastolin’s early output is a breath of fresh air.