The A-Z of Collecting: Dinosaurs 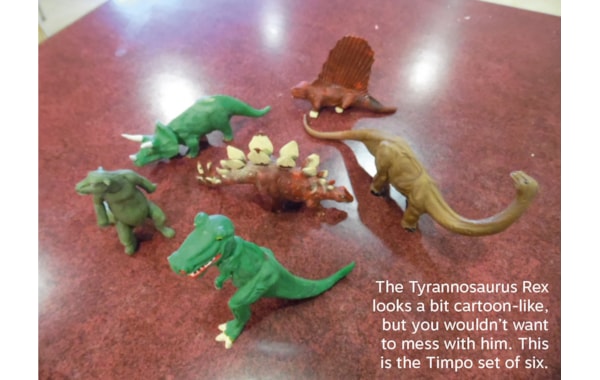 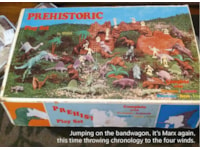 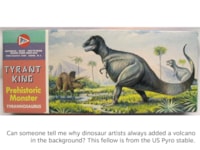 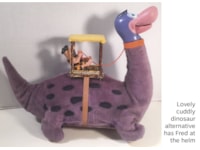 They definitely 'saurus' coming with our latest collecting subject

Inevitably, as young boys grow up, they go through stages of discovery. There’s the stage that involves the temptation of illicit substances; there’s the discovery of the fair sex; and then there’s dinosaurs. Yes, this month celebrates the letter D, with a mighty roar…

Dinosaurs have always been big (no pun intended) business. Whether exposure starts at school or whether it’s through the medium of DVD or cinema, they figure in every lad’s imagination at some point.
Fuelled by the silver screen down the ages (The Lost World appeared in 1925, One Million Years BC in 1966, The Land that Time Forgot in 1975 and more recently, Jurassic Park in 1993, to name but four), these throwbacks to another era have captivated adult and child alike. Naturally, merchandisers were not slow to catch on to this interest and so the marketplace has usually been awash with these terrifying creatures from the past.

If you grew up in the 1960s then you’d have found dinosaurs at every turn. Small models appeared in cereal packets (I believe Nabisco was responsible but perhaps some expert reading this can put me right on that?) and I recall the Dimetrodon (not strictly speaking a dinosaur!) and the Tyrannosaurus Rex turning up in my bowl. There were dinosaur cards also available from cereal manufacturers (Shredded Wheat?) and then there were bubble gum variants (notably the Topps set released in 1988, Dinosaurs Attack! In this set illustrators were given free rein to crank up the carnage, as in the notorious Mars Attacks! set issued in the 1960s).

Despite the fact that mankind and dinosaurs never overlapped in terms of evolutionary dates, that didn’t stop the toy companies from bending the temporal rules. A good example was the MPC/Nabisco playset that featured various creatures, a couple of palm trees and some cavemen desperately trying to fend off the monsters.

Dinsoaurs also cropped up in kit format: Pyro brought out a range in the 1960s, which were later re-issued in different boxes. More recently both Tamiya and Airfix offered these fascinating creatures in self-assembly format. If, however, you want to collect these beasties fully assembled, then you’ll need to look out for the plastic sets from Timpo and from Cherilea, both of which can be found with a little diligent hunting. These replicas are quite pleasing but tend to be fragile, so be careful when handling them. Cherilea also produced some lead animals in its space range that are not dissimilar to the subject matter under discussion here.

If space is not a problem, there are also bigger alternatives. Marx ventured into tinplate proper with dinosaurs: in 1962 it produced Fred Flintstone on Dino, although the dinosaur’s head was hand-painted vinyl. Complete with a named collar (in case Dino should stray!), this wind-up, mechanical pair was joined the following year by Barney Rubble. Both these toys carry the Linemar Toys logo and were made under the Hanna Barbera licence in Japan.

To my mind, though, one of the best dinosaur toys (and one which does turn up at the better swapmeets) is that of Fred Flintstone on a purple plush dinosaur, which also came from the Marx stable. This is an interesting blend of plastic, fabric and tinplate and even works if the mechanism is clean (and the battery can be sourced, of course).