The A-Z of Collecting: Charbens 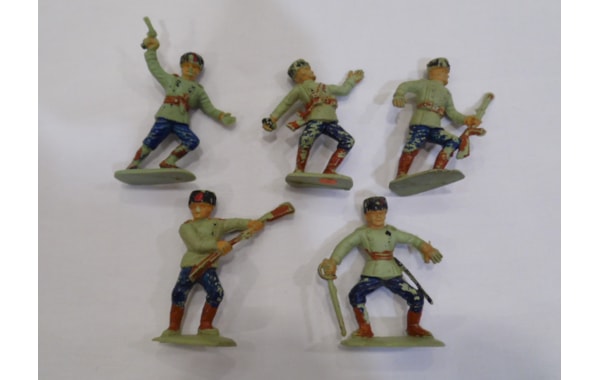 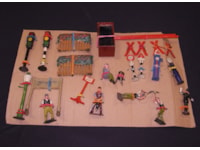 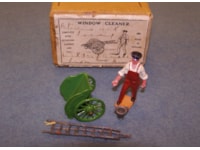 C this month stands for Charbens – and if you opt to collect the output of this manufacturer, whose wares and tooling changed hands several times over the decades, then you are committed pretty much to the study of social history.

Let me explain. Like many producers of hollowcast figurines (Charbens actually started manufacturing in London, way back in the 1920s), as trends and tastes and technology developed, so the company’s production also altered. The brainchild of Charlie and Ben Reid, it wasn’t until 1962 or so that lead production terminated. In those years, up to the advent of plastic, the company made a wide range of items. Predictably you will come across the farming theme and the circus, two standard topics for many figurine makers. But it’s the long-gone era that will appeal most: a gypsy wagon, complete with washing line and accessories; children in a wooden soapbox go-kart; a girl in a cart pulled by a goat; a road-mending set which includes a watchman’s hut and a brazier; an array of horse-drawn commercial vehicles; boy scouts; and even an orchestra (with the slightly down to earth appellation of Jack’s Band) can be found. These all conjure up a different era and are soaked in nostalgia.

It didn’t end there, though. This prolific maker may have suffered from random distribution (the curse of any toy manufacturer) but its range of animals (both wild and domestic) was truly impressive; and of course, these latter lent themselves to the concept of the zoo. As time marched on, war reared its ugly head and so British troops also joined the ranks of the hollowcast. And, in common with just about every other figurine manufacturer on the planet, Charbens also added the Wild West to its range: after all, the genre was very much in vogue in the 1950s, so cowboys and Indians were made available. A smattering of knights completed the historical survey but what was even more interesting was that Charbens also looked to the future and in 1958 marketed four spacemen. This was truly advanced thinking and these figures were just about the last cry of the lead range.

Plastic came home to roost thereafter, and many of the moulds were then redeployed although the resultant figures were slightly smaller than their heavier predecessors. Some amazing (new) figures also appeared: a Sir Francis Drake set, Afrika Korps, naval personnages, Russians, Koreans and Arabs, to name just a few. Collectors today might like to amass lead or plastic or seek out the figures that crossed the boundary between the two media: there is plenty of choice. Moreover, Charbens figures turn up regularly at toyfairs and swapmeeets, often lying neglected in boxes containing a variety of other makers’ figures. Prices are modest and even the lead examples can be found at reasonable cost.

So there you have it: social history is a fascinating subject!