The A-Z of Collecting: Britains 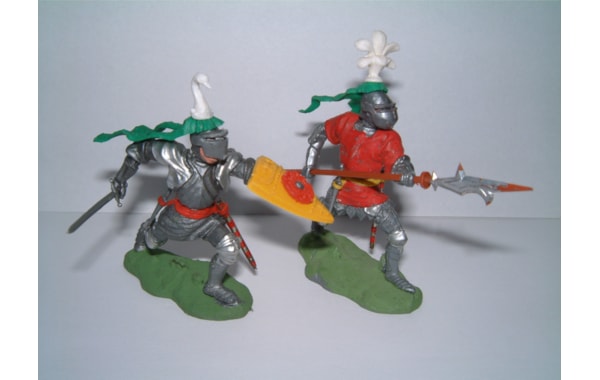 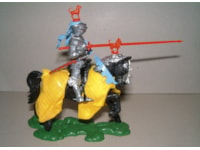 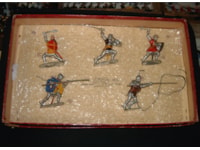 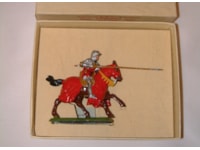 Well, readers, we have reached B in the toybox alphabet. I had no hesitation about this letter when planning the lexicon: it had to be Britains and it had to be knights. More precisely still, those heroes of Agincourt and the Wars of the Roses.

Britains’ knights, loosely speaking, came in two guises: the lead and the plastic. In the 1950s, thanks to the talented hand of Roy Selwyn-Smith, the famous sculptor, Britains launched a range of knights, both foot and mounted, under the banner of Knights of Agincourt.

Agincourt, as every good schoolboy knows (or knew – history lessons today seem less preoccupied with the depth of dates that I used to have to recall) was fought in 1415. The result was England 1 - France (did not turn up). The range that appeared, in lead, offered flamboyant poses for the lucky child of the day. In retrospect, these models were scarcely playthings and, being hand-painted and containing quite a few colours, weren’t cheap either. They turn up today at swapmeets, usually singly, but more often than not with their original box.

Four mounted figures included a standard bearer, a chap with a mace, one with a lance and one with a sword. The men at arms are imaginatively executed also, and can be found in a set, with a little diligence. They are not particularly costly, either, which is a bonus.

Remember that standard entertainment of the era would have included the Wild West, knights in armour and cops and robbers – and series like Robin Hood, William Tell and so on must have all helped sales. This range is a pleasing one and reminds us that quality rather than quantity used to be the norm.

Fast forward a decade and we are firmly rooted in the land of plastic; and if you add four decades to the above battle date, then you’ll find yourself donning a mail surcoat for the Wars of the Roses.

Having to improve on the Agincourt series wasn’t going to be easy but the Swoppet range exceeded the brief - and then some. Courtesy of movable heads and torsos, these figures gained some degree of realism and individuality; and then there was the incredible attention to detail that is the trademark of these toys. It’s impossible to think of a company today replicating this kind of painstaking attention: scabbards made of rolled tinplate, separate swords, interchangeable roses and plumes, an array of headdress, three colours of horse, opening visors and either a caparison or webbed horse furniture… Britains offered it all. You could build a mounted figure in a score of different ways if you had enough spare parts. Other toy manufacturers must have gasped at the sheer complexity of these miniatures and envied the end product. Nothing, absolutely nothing, came close.

They were also produced in their millions, which is why so many are around today. Treasured (in the main – they were not cheap when compared to the likes of Timpo), they were typically the centre-piece of any toy soldier collection. Values today continue to edge upwards for the really mint examples and a few extremists pay inordinate sums to secure yellow horse blankets or white charging horse models.

We are never likely to see this kind of ingenuity again: along with its Floral Garden range, this was truly Britains’ finest hour.