The A-Z of Collecting: Airfix 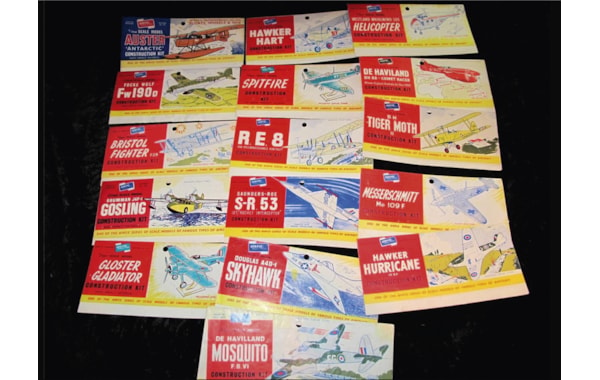 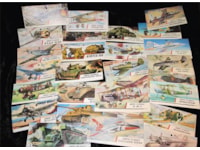 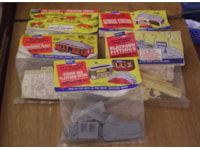 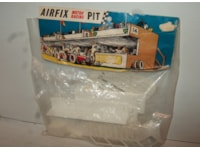 Strolling through the alphabet, picking out a favourite name from each letter...

As someone approaching his formative years in the 1960s, I did what every other male did: I was interested in model railways, I played with toy soldiers and I was beginning to realise the potential of slot racing. But most of the time, for my friends and myself, it was a question of kit building.

Incredibly therapeutic and with the added bonus (largely undocumented, at the time) of getting high on dope or polystyrene cement, kit building was a way of life. Indeed, if you couldn’t put one together, your social standing was greatly diminished. I spent virtually all my pocket money on Airfix and what little was left over went on Humbrol paints and brushes.

A, then, is for Airfix. More precisely, Airfix Series 1.

Why Airfix? Well, the kits were freely available (they even turned up on street market stalls) and the instructions were always clear and concise. Added to that was the high quality of the moulded parts and the precise fit of those components. Stunning box art (once Roy Cross got into his stride in the late 1960s) was also a huge selling point: emotional artwork certainly enticed the adolescent and fired the imagination. Besides all this was the sheer breadth of the range: although aircraft dominated (what is it about young lads and aviation?), equally you could build sailing boats and warships, cars (both classic and modern), railway themed models, civil and military dwellings as well as tanks and soft skins and even figurines. There was, literally, something for all tastes but better still was the fact that there was an Airfix kit to suit the depth of your pocket, ranging from the cheapest bagged variety, all the way up to those costing well over pound or so. For most of us, it was the Series One that beckoned: you could while away the hours for three bob (or 15p) and with every passing kit, your modelling skills increased. At least, they did in theory…

Looking back, if it was a solitary hobby, it taught the likes of myself much about assembly and painting – and expanded my knowledge base, thanks to all those potted histories in the catalogues. Patience was required in large quantities, for glue set slowly and the urge to get on and build the thing was offset by the time taken for joints to thoroughly dry. Bi-planes were a nightmare: those slender wing struts couldn’t be over-glued, for example. And I still recall the frustration of assembling the Buffalo amphibian when you had to line up a dozen tiny bogies between two chassis sections and make sure that none fell out during the gluing process. But the finished product, painted and adorned with decals, was always satisfying – and it spurred one on to the next kit.

Looking back today at unmade Airfix kits I note prices firming; indeed, some people simply like to collect the header cards from the Series One kits, thereby tracing a model’s evolution. Colours, design and artwork changed over the decades and the early examples have terrific nostalgic qualities today. And when now, at a swapmeet, I chance upon a bagged example, unmade, with slightly rusty staples, the inclination is still there to open it up and get the scalpel and glue out. Airfix was, after all, my childhood; and I’d like to think that some of today’s younger generation also get a thrill out of these kits.