Racing into 2021 with Solido 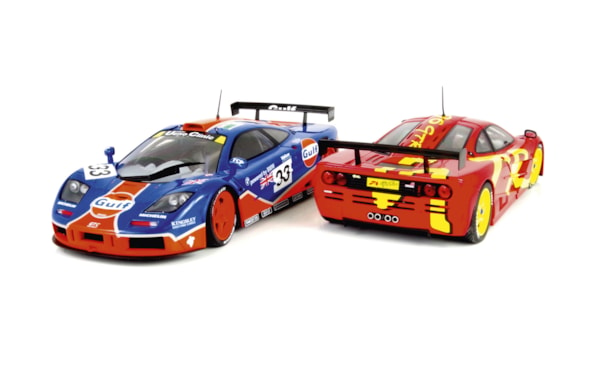 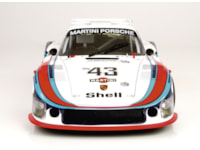 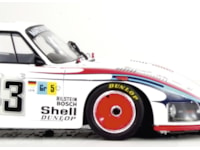 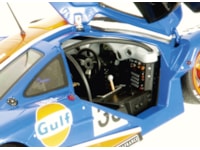 Stephen Paul Hardy gets a sneak peek at Solido's production schedule for the year.

To bridge the gap until the rescheduled Nuremberg Toy Fair in July, Solido took a pro-active alternative approach this year to announce its new releases. In place of face-to-face meetings in the halls of the Spielwarenmesse, journalists were offered the opportunity of on-line meetings with Product Manager, Clément Rouvière - a passionate auto-enthusiast.

It was a great pleasure to have over an hour in early January being shown, and learning more about, Solido’s proposals for this year. To say the catalogue of forthcoming releases is extensive - and vibrant - is perhaps not doing justice to the efforts the company has focused into so much new tooling and a lot of redecoration plans. Of the 1/18 scale proposals, I counted something like 17 examples of new tooling, two updated toolings and over 30 redecorations during the interview. Additionally, there were several other introductions that included a new series of highly detailed 1/24 truck models and new military-themed series.

Solido has significantly increased its product range over the past few years in terms of authenticity, detailing and subject coverage, all of which is very evident in the 2021 proposals. Particularly noticeable in the schedule are the number of stunning motorsport releases, including a group of Le Mans offerings. Amongst the other 1/18 toolings that really caught my eye, were the beautiful Alpine A110 1600S (the lines of which I have always loved), and the evergreen Renault 4CV, complete with its 'suicide doors'.

With an ever watchful eye for particular subjects, brand new tooling for a Volkswagen T1 single-cab pickup not surprisingly caught my attention - as did decoration variations on the Porsche Le Mans theme. Turning to that T1 pick up for a moment - from sight of the pre-production 'greys', this model looks set to seriously challenge offerings from Schuco and others in terms of detail. Initially proposed in two colour schemes - a modern, restored, surfer pickup complete with surfboard and classic Dove Blue Volkswagen Service version, complete with tilt cover, the casting will no doubt become available in a lot of other liveries over the coming years. That later blue service version will go straight head-to-head with exactly the same subject already released in 1/18 by Premium ClassiXXs in 2015, as a slightly later version of the T1. Although the tilt on Solido’s pre-production sample has a far more realistic fabric effect than did the one modelled by Premium ClassiXXs, my understanding is that it still has some more work to be done on it before the final production version is finalised. My guess is that we will see the price of this new model also seriously undercutting similar offerings from Schuco and Premium ClassiXXs without compromise on authentic detail - we shall see when it arrives on the market, all things being well, in mid April.

Finally another new tooling that will no doubt find favour with many collectors in the UK is of the Ford Sierra shown, in RS 500 and Cosworth guises - and hopefully in RHD as well.

In pole position for early 2021, Solido released three Le Mans-themed models, with further decoration variations to follow, all in immediately recognisable, memory jogging, liveries. First up, the blue and orange Gulf-sponsored McLaren F1 GTR short tail, as entered at the 1996 Le Mans 24 Hours and driven by Ray Bellm/James Weaver/JJ Lehto (S1804101) - together with a companion launch version in red with yellow script livery (S1804102). Second up, a pair of Porsches - in chronological order, the Martini Porsche 935-78 “Moby Dick” (S1805401) from Le Mans 1978, driven by Manfred Schurti/Rolf Stommelen, and the Rothmans-sponsored 956LH (langheck - longtail) Le Mans winner 1982, driven by Jacky Ickx /Derek Bell. Rick Wilson has detailed the latter on page 4 of this issue. All three Le Mans cars are loaded with small details that just would not have been there on comparably-priced models just a few years ago.

Being diecast, they benefit from opening doors to give a good view of the highly-detailed interiors. Indeed the detailing level in this sector of the 1/18 diecast market is now biting on the heels of the higher-end resincast ranges. Watch out also for the companion issues planned by Solido as follows (months in brackets are planned release dates, dependent entirely of course on how things are going worldwide with the pandemic): Porsche 956LH - Winner Le Mans 1984 (March), Porsche 935 Moby Dick - DRM Norisring 1981 and Mc Laren F1 GTR short tail - Le Mans 1996 (April), Porsche 956LH - Le Mans 1986 (May), Porsche 936 - Winner Le Mans 1981 (June), and Porsche 935 Moby Dick - Le Mans 1982 (August).

So given all this, 2021 looks set to be an exciting year indeed for both Solido and its collectors, and I look forward very much to reviewing some more of those releases over the coming months. You can download a copy of the company's 2021 catalogue at www.solido.com/catalogue/catalogue.pdf.