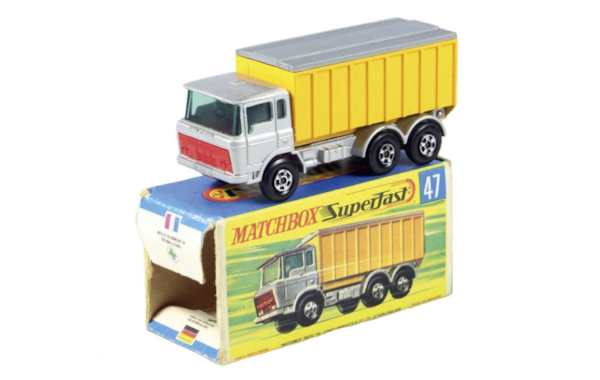 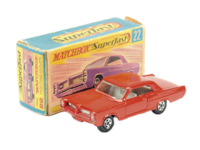 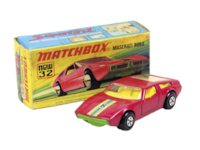 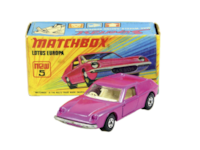 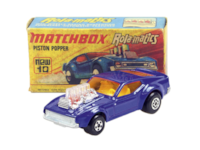 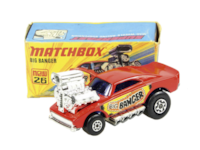 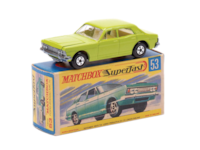 The arrival of the first Matchbox Superfast toys just about signalled the end of my personal interest in collecting Matchbox toys as a youngster. This was largely because I had reached an age where I was growing too old for diecast toys other than the odd Corgi gift sets that I considered to be more collectors’ items than toys to keep in their boxes.

Superfast were like Marmite – you either loved them or hated them. Older kids like me had been brought up on very real looking toys made as near to the real vehicles as possible. But all of a sudden wheels no longer looked real, and the emphasis slowly changed from everyday vehicles you saw on the street to Hot Rods, Roadsters and a myriad of American dream machines. The truth was I was getting old!

New kids on the block however, including my two young nephews, saw it all in a totally different way. They loved the plastic tracks on which cars now whizzed around at high speed looping the loop and they loved all the Hot Rods and Dragsters. Times certainly were a changing.

The Superfast story begins back in 1967, the summer of love and an epic year for Lesney. At the start of that year Lesney was producing a staggering 2.5 million Matchbox toys per week and three quarters of these were being exported around the world. This was helping Lesney to survive under increasingly difficult trading conditions in the UK. Lesney was so confident about its future that it started building a massive new factory at Edmonton providing a further 108,000 square feet of production capacity. The top brass, Leslie Smith and Jack Odell, were both celebrating their O.B.E awards when yet another Queens Award to Industry was delivered to the company by the government.

The Lesney design team was always kept busy developing new ideas that would keep it at the forefront of the miniature car market and in the hot summer of 1967 it launched its latest new innovation ‘Autosteer’. This allowed front wheels to be steered by applying pressure to either side of the front axles. The first model to be released with Autosteer was number 25D, the Ford Cortina Mark II finished in metallic light brown with opening doors,  tow hook and a roof rack… great value for a mere 2s 2d (11p).

Things were looking very good for Lesney and got even better in 1968 when it won the ‘Toy of the Year’ award in the United States. It had been unheard of before for a European company to outstrip its American rivals on their own patch but it clearly highlighted how the USA had become Lesney’s biggest market place with around 20 forty foot containers crossing the Atlantic every week.

This award had a great effect on the American toymakers who stirred into action and struck back with such force they almost brought Lesney to its knees.

The main aggressor was Mattel who had developed a new type of thin low-friction axle with Torsion-bar Suspension. Once applied to its ‘Hot Wheels’ Hot Rod racing cars the American kids went mad for them. The axles were more easily breakable but the cars had far more play value due to their speed and rollability over distance. Backed by a ten million dollar TV advertising campaign Mattel set out to cut its production costs by having the toys made in Hong Kong.

This was a serious blow to Lesney who had been slow in recognising the potential of the thin axle which had also been adopted by Aurora Plastics Group’s Cigar Box range and Topper Toys ‘Johnny Lightening’ cars in the USA.

Back in Britain Lesney had to act fast to head off Mattel or suffer serious consequences. Money had to found quickly to develop a new range featuring these new thin axles and smooth running wheels so Lesney loaned 1.5 million pounds and the design team sprang into emergency action. Long hours were worked as the new designs took shape with staff often working evenings and weekends. The transition to switch virtually the whole range from regular wheels to a new a completely new wheel and axle design was to cost millions in its development and subsequent loss revenue.

Fortunately (or should I say amazingly) Lesney was able to develop its new concept that was named Superfast without infringing on any existing copyrights.

The Superfast design that Lesney came up with involved the introduction of new 0.6mm steel wire axles less than half the diameter of the previous regular wheel axles. New thinner wheels made from a new grade of plastic were then fitted to the thin axles to form a set (pairing) which was then clipped into a plastic suspension strip. The suspension strip was then riveted to the base of the model. Each suspension strip was unique to the length and width of each toy which was a massive undertaking in terms of design and tooling.

Had it not been for the speedy conversion to Superfast Lesney would have been in grave danger and might even have gone out of business.

Once the new tooling and machinery were in place sixty existing toys in the 1-75 range were slowly converted to recieve Superfast wheels while five remained on sale with their old wheels. These were the Ford and Case tractors, Claas Combine Harvester, Hay trailer and Alvis Stalwart. Ten further models were deemed unsuitable for conversion to Superfast and were deleted from the Matchbox catalogue altogether in 1969.

The first five Matchbox toys to be converted to Superfast were 11D Scaffold Truck, 14D Iso Grifo, 15D Volkswagen 1500, 33C Lamborghini Miura and 41C Ford GT. These were chosen as they were the most popular models in terms of sales at that time.

The hasty pace of the switch to Superfast made 1969 and 1970 an interesting period for Matchbox toy collectors and created a plethora of rarities to look out for. Some models gained Superfast wheels but still retained their original colour schemes for short periods of time before adopting new brighter or metallic paint schemes. These transitional models include the 12C Land Rover Safari in blue and 22C Pontiac GP Coupe in Red. Also well worth looking out for are pre-production models with silver hubbed wheels made in solid plastic. The superfast wheels that eventually became standard were hollowed out at the back.

Five completely new Superfast models hit the toy shops late on in 1969. These were 5E Lotus Europa, 20D Lamborghini Marzal, 35C Merryweather Fire Engine, 56C BMC 1800 Pininfarina and the 69C Rolls Royce Silver Shadow Coupe.  The likelihood is that far more rarities are found in the USA as the bulk of the early Superfast range was shipped across the Atlantic in high numbers to compete with Hot Wheels.

Throughout 1970 many more new releases were made available and the days the realistic everyday cars, vans and lorries skidded to an abrupt holt. It was now Hot Rods, Dragsters and fantasy racing machines made by car manufacturers as styling excersises that were rolling off the Lesney production line in their millions.

Times had changed, tastes had changed and Lesney had come through a mighty storm and survived. Love them or loathe them Superfast almost certainly saved Lesney from an early grave.