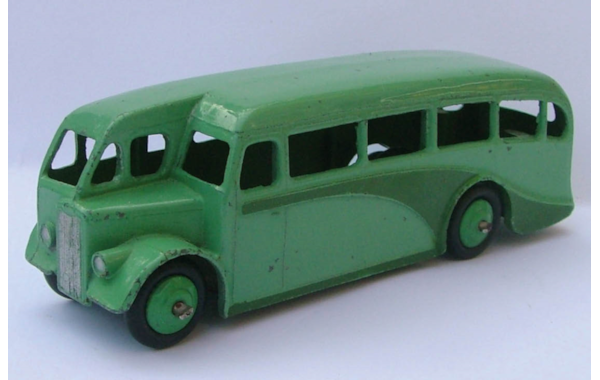 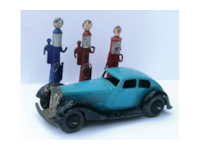 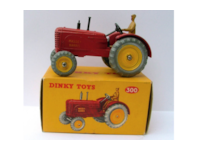 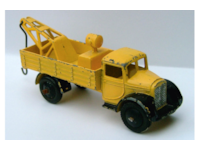 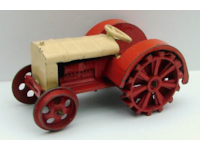 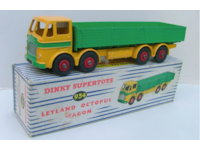 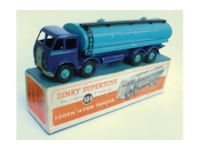 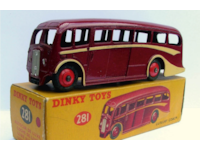 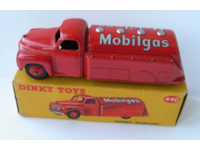 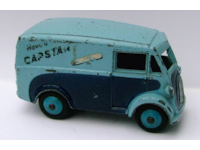 We take a trip down memory lane, and remember one of the greatest names in toy manufacturing.

The first Dinky Toys you ever owned as a child are usually the ones that you grow up with the fondest memories of. My first Dinky Toys arrived courtesy of my uncle Philip who pulled on his first pair of drainpipe trousers and became a Teddy Boy in 1958. Deciding this was the time to offload all his Dinky Toys and Hornby model railway equipment to his young nephew (me) I inherited a box full of goodies. They included a few battered Foden eight wheelers, a dozen or more cars and a couple of Guy lorries most of which were eventually repainted with Airfix paints! Oh dear what did I do? Can I ever be forgiven?

For the remainder of my younger years I accepted the fact that second hand Dinkies was to be my lot, most of them being bought at the local village jumble sales to which I was regularly dragged to by my mother. Come rain or shine (it seemed mostly rain!) off we went, standing outside that village hall for what seemed an eternity and enduring the mad crush, as all those old ladies piled in to grab the bargains… it was a sight to behold. The only highlight of this Saturday afternoon ritual was the toy table that always gleaned an interesting array of previously loved recently discarded diecasts. It was just a question of how many I could lay my hands on for the one shilling (5p) pocket money that my dad gave me every Saturday morning. No doubt I unknowingly ignored the real gems on those tables, selecting instead the 1960s tractors, sports cars and military vehicles, while ignoring the more old fashioned looking offerings from my uncle’s late 1940s era. Nobody thought any of these toys would ever be worth anything back in the 1960s – they were simply playthings.

With the advent of swapmeets and the earlier publication of Cecil Gibson’s excellent book ‘The History of British Dinky Toys’ toy collecting became an accepted and recognised hobby. Dinky Toys were still on sale in toy shops in those days, of course, and I remember stock piling quite a few of the last examples when it was announced that the famous Binns Road factory in Liverpool was to close its gates for the last time in 1979.

The outbreak of the Second World War eventually brought production to an end with the last Dinky models being made in 1941. By then Dinky had cleverly launched the hugely popular ‘Mechanised Army’ sets which quickly caught the imagination of small boys excited by all the military activity during the build up to the war. Shops were still allowed to sell their existing stocks of Dinky Toys until 1943 when a total ban on metal sales finally came into force. The Binns Road factory was then turned over to war duties until toy making resumed in 1945.

Dinky Toys made national news in 1996 when a boxed set of 24 series pre-war motor cars was discovered in the attic of a house in Scotland after the new owners moved in. The boxed set of seven 24 series Motor Cars and a truck (which replaced an ambulance) dated from 1934 and were in excellent condition having been stored inside a large tin trunk. What a find they turned out to be, making a massive £7,250 when sold by Vectis at The Civic Hall, Guildford. Amazing when you consider their original price was only 3/11d.