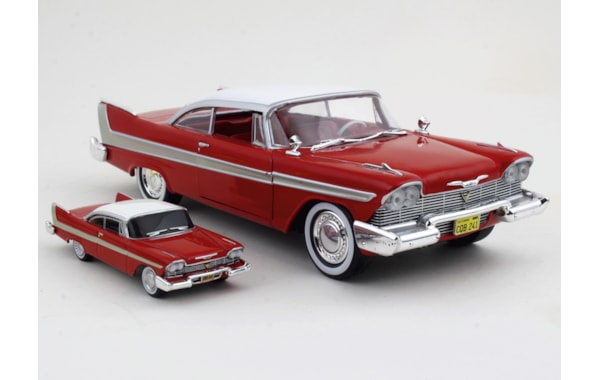 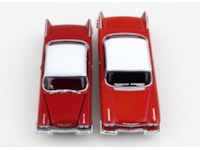 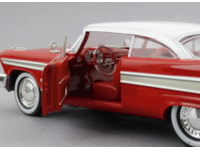 Rick Wilson delves into his diecast model stash to share his favourites.

Way back in the May 2020 issue of Diecast Collector, when we ran Mike Renaut’s in-depth look at models of Christine - the most famous Plymouth Fury of them all - I used my recently-purchased 1/24 scale Greenlight model for the front cover shoot, and it reminded me that I had a smaller Johnny Lightning diorama release in the collection too, thanks to a review sample provided towards the end of last year by Amerang.

As an impressionable 19-year-old car nerd, I thoroughly enjoyed seeing the film on the big screen when it was released back in 1983, although it might have had something to do with Alexandra Paul playing the lead character’s girlfriend too. Swiftly returning to things with wheels before I get myself into trouble, I’ll now turn my attention fully to models of the star of the film – a car that most definitely had an evil side.

You might have been wondering what trickery befell Greenlight’s model for our May issue cover. Well I will now own up to a little Photoshop magic that darkened the screen, recreating evil Christine, and added headlight flares for extra effect. I actually toyed with the idea of incorporating one of my homemade lighting kits into the model, but upon dismantling the model (it comes apart easily enough, with just a few screws needing to be removed) I realised that it was not going to be a quick job – it is a possibility though and have added it to the list of future projects.

Preparing Mike’s article reawakened those movie memories, so when I came across a couple more new releases recently, it was an easy decision to click the “Buy” button. Arriving in Wilson’s World only a couple of weeks ago, one more from each of the US-manufacturers mentioned earlier have now been added to the ever-expanding stash.

Focusing briefly on my original 1/24 scale Greenlight release, though, one feature not demonstrated on the cover is that both driver and passenger doors open. Whilst this can definitely be considered to be at the budget end of the spectrum, the interior revealed is pleasing on the eye, capturing the period design well.

Onto the smaller models now, both manufacturers claim its respective releases to be at 1/64 scale. The first observation I made when I got them all together for the first time is that the size is not consistent! After a quick search online for the dimensions of the real car, I broke out my dear old Casio fx-120 calculator – a legacy from my Maths A level in 1982, yes, I’ve still got it – and worked out that the Greenlight is bang on, but the Johnny Lightning pair are actually closer to 1/72 scale. Take a look at the comparison photo – it’s quite a difference!

A couple of things that the Johnny Lightnings have, though, are an opening hood and a supplied diorama – one has a resincast replication of a section of the garage where Christine is stored for her renovation work, and a tinplate backscene depicting the part of the film where Arnie actually buys the car. Both make for a neat display and will certainly act as a conversation starter – once we’re allowed to have friends around to play again, that is.

All this reminiscing has brought me around to thinking that’s it’s time to watch the movie for the umpteenth time. If I can find my old VHS of course…