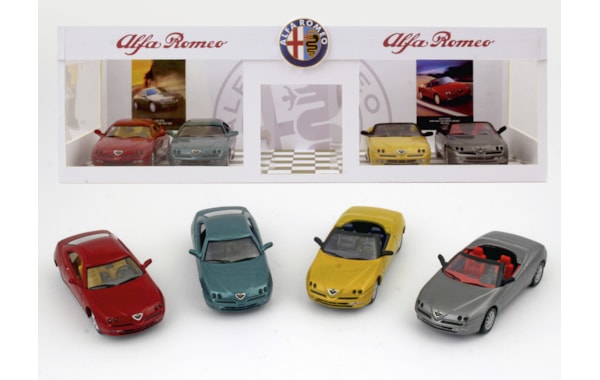 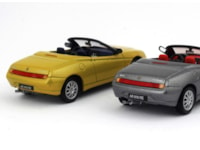 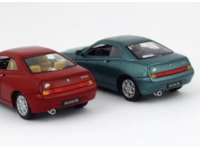 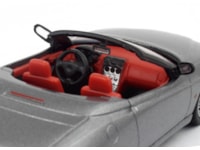 Never lost for things to talk about, Rick Wilson, editor of Diecast Collector delves into his stash of models

Pininfarina's pretty Alfa Romeo GTV  has always been one of those cars that I'd admired, but knew that I would never be able to afford when it was launched, so popped it onto my mental "when it's cheap enough" list for consideration in later life. The Spider, designed at the same time, obviously, is just as attractive, and perfect for stylish summer cruising, if a topless Italian beauty is your thing.

A couple of years ago, one of my best buddies was looking for one and, over a cup of coffee in the garden, we were scouring ebay and I came across a complete and running example that just needed a little TLC to bring it up to standard. To cut a long story short, off he trundled to Wales for a look, and came back with the car! It's a beautiful beast and it brought back all those "one day" thoughts. I have since made him promise that if ever he decides to sell it then he must give me first refusal. As it happens, that time seems to be getting near, so I'm hopeful that my dreams will be realised very soon.

It was about the same time of his purchase that I came across the four 1/43 scale Solido releases that you see here, on offer at John Ayrey's (www.ayrey.co.uk) and just had to have them all, knowing that they'd make for a good article one day - I even grabbed an extra one in Rosso Red for my friend as a gift, as that is the colour of his.

Known as the Type 916, both cars were designed by Enrico Fumia at Pininfarina - the brief was to re-establish the sporty coupé tradition of Alfa Romeo for the 1990s. Initial designs were produced in 1987 with the first full-sized clay models following a year later. Once the design had been accepted, Alfa Romeo's Centro Stile, headed by Walter de Silva, was responsible for the completion of the detail work and the design of the interiors. The design is based on the Fiat Group's compact car platform, modified with an all-new multilink rear suspension - the front suspension and drivetrain came from the 1992 Alfa Romeo 155. Launched at the Geneva Motor Show, in March 1995, sales began the same year - the GTV and Spider enjoying a production run to 2004, with around 39,000 Spiders and 41,700 GTVs built.

As well as the intriguing body shape, with its low-slung wedge shape, featuring a low nose and high kicked-up tail, another interesting design feature is the treatment of the light units, both front and rear. At the front, two holes cut into the bonnet edge pick out the two round headlamps, but lift the bonnet (rear-hinged) and the real one-piece light units are revealed. To the rear, there is an attractive all-in-one strip incorporating the rear lamps, foglamps, indicators and reflectors across the full width of the car's body. Engine options ranged from 2.0-litre Twin Spark (also available turbocharged) to a throaty 3.0-litre V6, all of them affording more than enough performance for an exciting ride.

Solido's diecast models are based on the 1998-2003 phase 2 series, with the chrome-surround grille badge an instant giveaway. These were clearly aimed at the cheaper end of the market, but that doesn't mean it lacks detail, far from it, just take a look at the interior shot of the Spider here. Whilst it's not super-detailed, there is certainly a pleasing look to it, with plenty of features picked out. They came packaged in a smart metal tin, featuring Alfa Romeo branding, a nice bonus for such a competitively-priced offering.

With two models of each type on offer, in the colours you can see here - the colours of the moulded-plastic interior differ too, making for a nice variance. And to really finish things off, I've brought one of my MINIART Model Works displays into play (www.miniartmodelworks.com) - it's an early prototype of the soon-to-be-released 1/43 scale dealership kit, fully customisable with different dealer brandings - there will be an upper floor available in due course too, allowing yet more of my Alfas to be displayed - I'm thinking Montreal, 156, 159 and Nuvola.

Now, as the ultimate finishing touch, all I need is for my friend to hand over the keys of the real thing, in exchange for some funds of course, and my GTV collection will be complete!