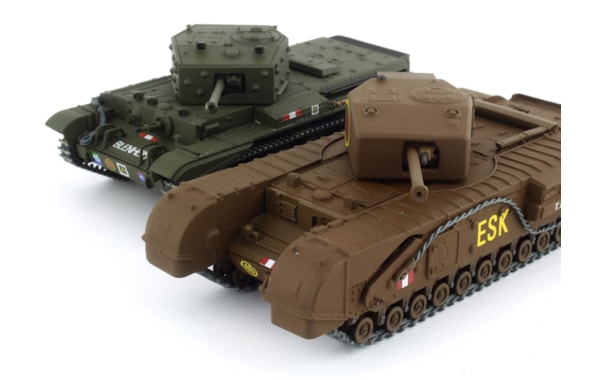 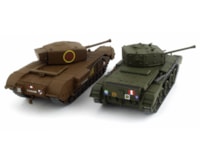 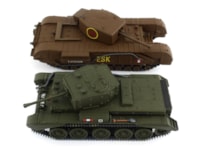 The British Churchill infantry tank was certainly one of the best Allied tanks that took part in World War II. Championed by Winston Churchill, who insisted on the production of a new infantry support tank capable of crossing shell holes and trenches on the battlefield, the Churchill proved to be reliable and resilient, with thick frontal armour which made it impervious to all but the most powerful German guns. First used during the disastrous Dieppe Raid of 1942, the Churchill would go on to see action in North Africa, Italy and the Far East, before playing a significant role in the Normandy Invasion.

The 6th Scots Guards Tank Brigade was formed ahead of the invasion of Normandy that began on D-Day, 6th June 1944.

A late war British tank design, the Cromwell came at the end of a line of successful cruiser tanks built for speed and mobility.

The Cromwell had an unusually long development period for a wartime tank and even though the project began in 1942, the first machines did not enter combat until the D-Day landings. Although the Cromwell was no match for the firepower of the German Tigers and Panthers, it was designed to support rapidly advancing infantry units, allowing them to make strategic gains through the speed of their advance. An extremely fast tank, the Cromwell could reach speeds of 40mph, although this would not have been a pleasant experience for its five man crew, so it was usually limited to 32mph.

Powered by the excellent 600hp Rolls Royce Meteor engine, this was actually a development of the famous Merlin engine which powered the Spitfires and Hurricanes of the Battle of Britain. Around 4,000 of these tanks were built and they saw heavy use during the battles following the D-Day landings.

The wait has most definitely been worth it as the detailing is excellent with a rather nice matt finish that has a slight satin feel to it. The printing of the graphics is top notch too. The turret rotates on both models, of course, and the gun tilts up and down as well, allowing for multiple display options.

The new range has bespoke packaging that is really rather pleasing too.