The long and short of it with Spark's Porsche 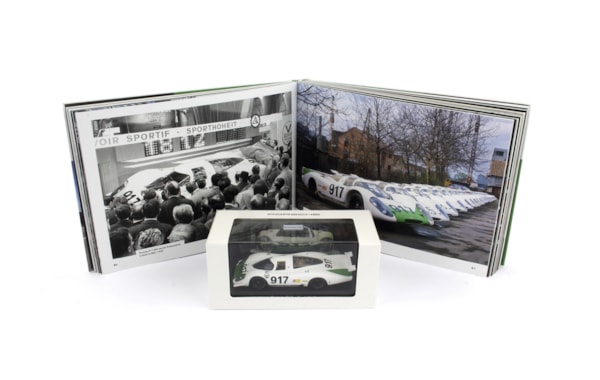 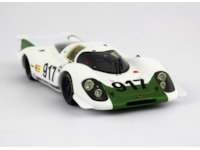 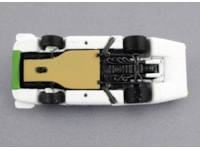 On a recent trip to the Porsche Museum in Stuttgart, and as an almost lifelong Porschephile, it was inevitable that I would succumb to temptation in the gift shop at the end of the tour.

Those of you that know me even just a little bit will know of my adoration for the original 917 design and, as the exhibition we had travelled to see was celebrating the 50th anniversary of Porsche’s mighty racer, I just had to treat myself to the excellent model of the very first chassis that had been unveiled to the amazed masses at Geneva in 1969.

Produced for Porsche by Spark in suitably stylish plain white packaging, the model oozes quality and features all the usual sumptuous detail that we have come to expect from Spark. Priced at a few eurocents under 50 €, this is somewhat cheaper than a mainstream Spark release these days. It took me all off about one nanosecond to decide to buy!

The model depicts 917 chassis 001, a car that never actually raced. After its promotional launch duties, Porsche kept it for on track development, including modifying the bodywork to 1970 “kurz” (short tail) format. When those days were done, 001 was made to resemble Porsche’s 1970 Le Mans-winning 917K, chassis 023, run by the Salzburg team in red with striking white striping. For the 50th anniversary of the car’s unveiling, Porsche restored the car to its original long tail configuration and markings. As the exhibition centred on the recently restored car, a special photo-packed commemorative book was produced and again, at just shy of 20 €, a copy quickly found its way into my basket. This is why I shouldn’t be left on my own in a shop!