The A-Z of Collecting: Forts 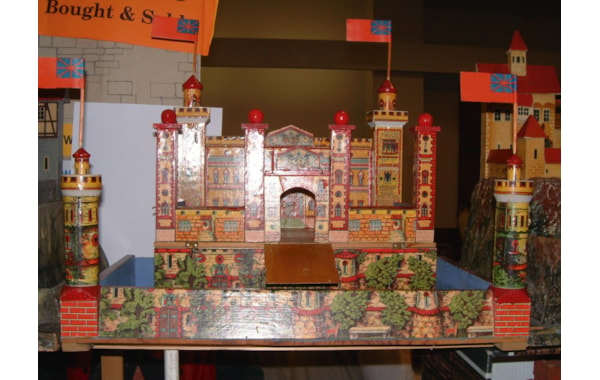 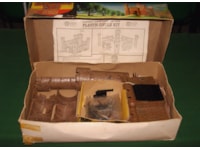 We are looking at castles, fortresses and other fortified buildings

Greetings readers and welcome to F. Yes, you’re ahead of me again – we are looking at castles, fortresses and other fortified buildings in this month’s letter of the alphabet. Forts were, and continue to be, essential elements if you have any interest at all in the world of the toy soldier. When I was quite small I recall that my father, an engineer by trade, presented me with a hardboard, homemade castle one Christmas. This had a complement of crenelated walls, four towers, each implanted with a metal flagpole, and a working drawbridge that lay over a painted wooden moat: the whole building was covered in grey paper that featured a slabby stone design, echoing the real thing of five or six centuries back. I played with it for hours, even though my Cherilea knights were too large for it. But when you’re in your formative years, who cares about the niceties of scale?

That fort went to the ubiquitous boy next door, if memory serves, but its impact lingers on. Forts are terribly attractive items in the world of the toy, with no two alike, and if you really want to immerse yourself in the genre, then I can do no better than recommend that you dip into my good friend Allen Hickling’s website (www.allenhickling.plus.com) He’s been a lifelong devotee of these buildings (and must have a very big house). And this is worth mentioning, because even the smallest forts take up space. Some, like those made by Tri-ang and Kleeware, can be taken apart and stored in their box, which typically serves as a base. Others, though, just take up room like there’s no tomorrow – so be warned!

Checking back on the history of the fort is no easy thing. For a start, these models weren’t dated and unless you come across some catalogue or sales record of the period, it’s hard to actually know when some were manufactured. Allen suggests that the mid to late 1800s probably saw the emergence of the first examples: certainly the earliest examples tend to be from the Moritz Gottschalk stable and indeed, this company made other buildings, too. Our good friend Moses Khonstam (of Moko fame) produced some models, and once you get to the 20th century, then the familiar name of Hausser/Elastolin pops up: this company was famed for its composition forts, of which a wide variety were made. They weren’t just for toy soldiers, either, because examples exist with hollowed out bases that serve as railway tunnels.

The attraction of the fort is hard to pin down, though. Without a doubt, their appeal lies partly in the manifold materials that went into their making. In the early days it would have been wood and coloured paper (with some even exhibiting a hand-painted backdrop); later on other elements would figure, like papier maché, sawdust for realistic terrain and surfaces, and so on. The growth of the toy industry and accompanying technology didn’t seem to prevent wood from remaining in vogue, though; long after plastic was the order of the day, you could still buy a wooden castle from your local toyshop. But it wasn’t all about wood: the rise of tinplate meant that another avenue could be explored and while you don’t tend to find very large items in this colourful material, nonetheless it had its place. Crescent produced a well lithographed, slot together small castle in this material and it does turn up quite regularly at toyfairs. And there were card forts, composition forts as well as the stunning vacuum-formed range from Elastolin.

What you opt for is down largely to space restraints, as mentioned. Only the very early forts command big money – and you’ll be amazed at how cheap 20th century castles can be at swapmeets. Dealers simply don’t have the room…