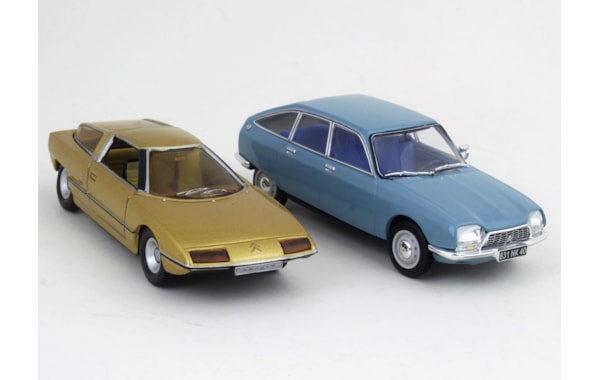 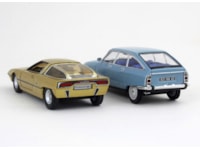 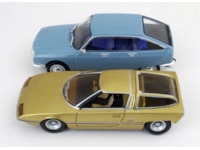 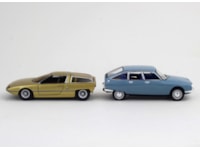 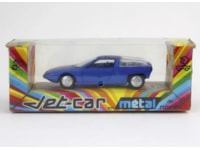 Rick Wilson, editor of Diecast Collector, delves into his model stash to share his favourites.

The GS filled a gap in Citroën’s range, between the 2CV/Ami and the upmarket DS, which had been vacant for some time. The company had taken a substantial stake in Panhard during the mid-1950s and that company’s 24 had fulfilled the role of compact family car until its production ended in 1967. It’s another car that has long held a fascination for me, so expect to see my models appear here in due course too. I really think I should have been French, such is my admiration for the country’s automotive engineering, plus a certain annual endurance race that is like a pilgrimage for me. Oh and the cheese, wine, beer, etc…

When design house, Bertone, in its first collaboration with the French giant, unveiled a completely different design, based on the GS, at the Geneva Motor Show in 1972, it made for a very interesting comparison indeed – and one I’m happy to be able to share with you here.

Bertone presented an attractive, angular body, built on a production platform from the front wheel drive GS, with hydro-pneumatic suspension and braking systems exclusive to the French manufacturer. Bertone turned it into a sports car, with a 2+2 body, and called it “Camargue”, after the region on the Mediterranean coastline.

The front end has a small radiator grille under the bumper, and the angular body panels are offset nicely by the ample wraparound windscreen, with its heavily inclined pillars. The Camargue retained the GS saloon’s 4,115 mm length, but its width increased from the original car’s 1,608 to 1,680 mm – largely due to a 60 mm increase in the track - while the height was reduced by 200 mm from that of the standard production car, to 1,150 mm.

Only one example was made and it was finished in the beautifully subtle gold that you see here. The car was kept by Bertone until 2015 when, following the company’s bankruptcy, its collection of concept cars was acquired by Automotoclub Storico Italiano. The Camargue was among several exhibited at this year’s Retromobile and is now on public display at the Volandia Museum, adjacent to Milan’s Malpensa Airport.

Thankfully, two fairly recent releases by Norev tell the story almost by themselves, as comparing the two 1/43 scale models side-by-side really do paint a very interesting picture indeed. And you know what they say about how many words a picture is worth. I’d say more than that, in this case, actually. No 158201 is the Camargue itself, and No 158217 is a GS in, appropriately, Camargue Blue. Both are exquisite models, and can be quite hard to track down, easily maintaining their respective original purchase prices, sometimes going for more.

Norev allowed a less-detailed version of the Camargue to appear in a recent partwork series, and an even more toy-like version has been around for a long time in its Jet-Car range, in several unrealistic colours – but these are worth acquiring if only for the wonderfully colourful box! As you can see, I succumbed to the temptation here too.