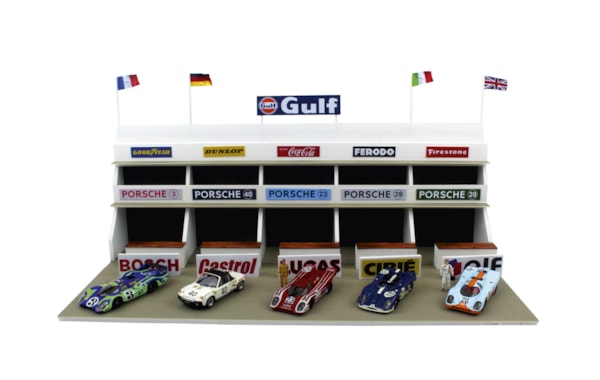 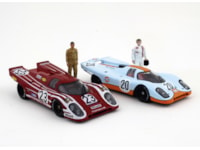 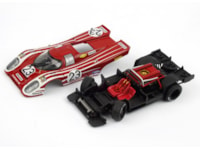 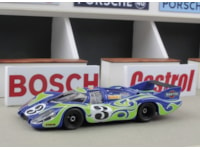 As if you haven’t gathered by now, I might be a little obsessed with a certain endurance race that takes place in France each year. I also have to confess to being a bit of a fan-boy for the race’s most successful marque, Porsche.

My obsession started with a certain film, Steve McQueen’s passion project, Le Mans, released in 1971 when I was just a 7-year-old. Fast forward 10 years and I made it to see the race for the first time – it was a present to myself as the race start was actually on my 17th birthday. My father and two of my school buddies came with me too and memories of the trip still bring a tear to my eye today, especially now that Dad, who accompanied me on three occasions, is no longer with us. Special stuff in Wilson’s World.

So back to the 1970 event, where much filming for the movie took place during the actual race. It was a very wet race that year and there was plenty of drama with many of the pre-race favourites crashing out or succumbing to mechanical woes. The circuit saw several months of extra filming that summer too.

One of my all-time favourite racing car liveries adorned the car that finished second that year, the ‘hippie’ Martini Porsche 917L. I’ve had a 1/18 scale model of this car by AUTOart for many years now and, as I was planning to make a display diorama of the pits from the 1970 race, I’ve been meaning to buy a 1/43 version for some time – I finally picked up the one you see here at last year’s Le Mans 24 Hours event, for just 10€. It’s a partwork release and has a few inaccuracies (lacking the Martini logos on the rear fins for starters – rectified with aftermarket decals) but still looks great.

Moving along the pits in the photo, next up is the sixth-placed overall finisher, a Sonauto-entered Porsche 914/6 GT. The car won its class too, finishing 1st in the GT 2-lite class. It’s a great diecast by Minichamps, released a few years ago.

Next up is the overall winner, the striking red and white ‘Salzburg’ 917, It’s an amazing AUTOart release, complete with turning front wheels. The detail on this one is stunning and I just had to remove the diecast body to fully appreciate the level of interior detail bestowed upon the plastic-moulded chassis.

The penultimate model is a 1/43 scale Best Model interpretation of the 908 camera car that actually took part in the real race, and it’s nicely done, but lacks some detail compared to the superb Spark version.

Finally, one of the most famous cars ever to grace the asphalt at the famous circuit was actually a bit of a flop in the real race but, as one of the hero cars in the movie, the striking powder blue and vibrant orange colours of Gulf Oil has become one of the most iconic racing liveries ever. My model is a recent Greenlight release and even comes with a scale figure of Steve McQueen in his racing overalls.

The pits model is a scratchbuilt prototype of a future release by Miniart Model Works, just one of an extensive range of displays currently under development – each commission can be customised to your own requirements and will be available in kit form or fully built. Interested? Then please check out www.miniartmodelworks.com.