How to start collecting... Movie props 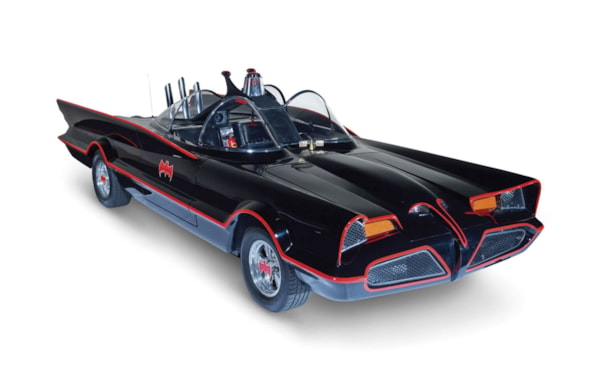 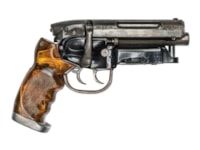 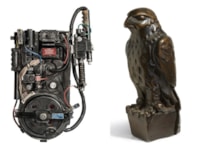 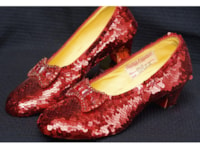 While some items fetch millions, getting into movie prop collecting doesn’t have to break the bank

There was once a time when collecting authentic movie props was the reserve of those who had connections to the movie business. The democratising effects of the internet, however, have thrown the gates wide open to everyone.

That’s not to say that the hobby is inexpensive. By its nature, a movie prop is something that is unique or at least in very limited supply. As a result, any widespread interest will drive up the price.

There are ways to reduce the cost, however. Indeed, hunting for props in the weeks and months that follow the end of production can often be quite cost effective, as the market will sometimes be flooded with items that will over time likely start to grow in value.

Much will come down to whether you choose to focus on what are widely referred to as ‘hero’ props. Think Luke Skywalker’s lightsaber, or Thor’s hammer. These items will of course be the most expensive on the market, but other more affordable alternatives may well be available. In most instances several versions of each item will have been made. These lower-detail copies might perhaps have been constructed for background shots, or as filler props for extras, or for scenes where the star item is dropped, kicked out of a hand or treated badly.

There are also plenty of opportunities to cheaply grab props that were either just featured in the background of shots or sometimes not at all. With big budget films, in particular, it is not uncommon for items to make it all the way to production but then never actually be used. Anything that is ‘screen matched’, however, will of course attract a higher price.

Another thing to bear in mind is the materials from which an item is constructed. Foam latex and fiberglass are very common, but both will require careful care, handling and display if you wish to retain them long-term.

One of the big risks of prop collecting is ensuring authenticity. Often the safest route is to stick to studio-authorised dealers, or private prop collectors with a good reputation. Certificates of authenticity are also common, although of course these can be easy to forge. Try to look for those signed by someone who either worked on the film or at the associated studio, and if at all possible try and then check with the signee.

Within the prop collecting community there is a very active base for those who choose to collect reproductions of famous props as opposed to the actual thing.

Many companies will now offer official replicas licensed by the rights holder – just look at the huge business in official replica Harry Potter wands. Indeed, there are high-quality options for all sorts of props from lightsabers to sonic screwdrivers, and many of them are fantastic items.

There is also the option of unlicensed handmade replicas, which are even sometimes made by people who actually work within the film industry. Whether such items are legal or not is another matter entirely, but a dedicated worker making items in low quantities to order will rarely attract the scorn of big business.

Generally, movie props can be broken down into a few categories:

•    Theatrical Props – usually background items that are often low on detail, and sometimes even just a hollow shell that’s glued or taped together
•    Full Mock Up Props – designed for close up shots, but while high on detail are typically of a solid construction and not actually functional
•    Stunt Props – often constructed of hard rubber and designed to survive being thrown around and dropped
•    Poly Foam Props – made by injecting foam into latex and then painted to finish. This technique is often used for making items like weapons that would be harmful to an actor if real
•    Backup Props – items that were made for a film but never actually used, these are of the same detail level as their on-screen equivalents
•    Like Used in Production Props – typically officially licensed and highly authentic but made after a film’s production is complete
•    Screen Used Props – the actual items made iconic on film, they are the second most sought after category
•    Hero Prop – the holy grail: an actual prop seen in full detail on screen, and often one which is closely associated with a key character

The most expensive movie prop ever sold was Marilyn Monroe’s famous ‘subway dress’ from 1955 movie The Seven Year Itch, which fetched $5.52m at auction in 2011. This is followed closely by the complete Robby the Robot suit from 1956 film The Forbidden Planet, which sold for $5.38m in 2017.

The Batmobile from the 1966 Batman movie last sold for $4.62m, while James Bond’s Aston Martin DB5 from 1964 film Goldfinger was bought by its current owner for $4.6m. The Maltese Falcon from the 1941 movie of the same name has previously sold for as much as $4.09m. One pair of Judy Garland’s Ruby Red Slippers from 1939’s The Wizard of Oz, meanwhile, sold for an estimated $3m when Leonardo DiCaprio and Steven Spielberg teamed up to buy them for the Academy of Motion Picture Arts and Sciences museum in 2012.

The pistol held by Harrison Ford’s Rick Deckard in cult 1982 sci-fi hit Blade Runner, meanwhile, eventually surfaced after being missing in action for 24 years and went on to fetch $270k at auction. A TIE Fighter miniature from 1977’s Star Wars recently fetched $403k, while a lightsaber used by Mark Hamill in the same film fetched $200k. A proton pack used by The Ghostbusters in the 1984 film of the same name most recently sold for $170. That particular prop weighs some 30 lbs and is made from fiberglass, aluminium, rubber tubing and assorted computer parts.

Interested in TV and film collectables? Why not read this: https://www.collectors-club-of-great-britain.co.uk/articles/articles//find-out-what-your-tv-and-film-related-collectables-are-worth