Finding out what breakfast cereal toys are worth now 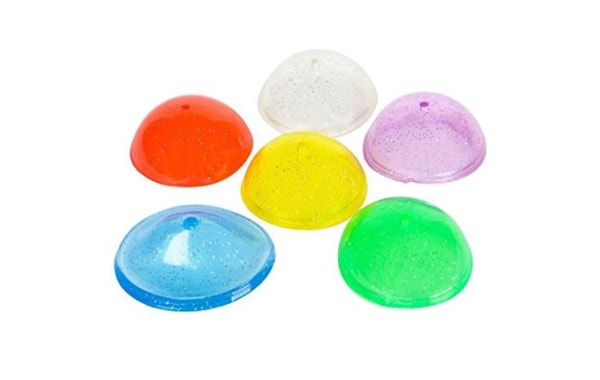 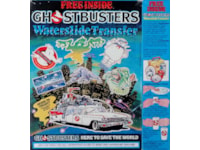 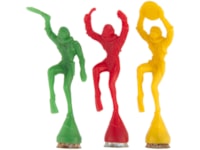 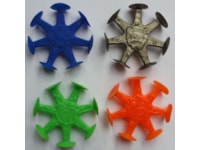 If you are a person of a certain age then you’re almost certain to remember the joy of opening a new box of cereal and rummaging through its contents to discover its hidden treasure.

For those not of the required age, this must sound entirely bizarre. But the inclusion of gifts inside our corn flakes or rice pops was a small moment of magic throughout a lot of childhoods. Yet it’s a tradition seemingly lost forever.

Quite why we stopped getting cereal box prizes seems a bit of a mystery. An online search unearths plenty of voices decrying seemingly demonic European health and safety regulations or, bizarrely, slamming political correctness (we struggle to see how breakfast cereal toys could ever have become entangled in political movements!).

Certainly there’s plenty of anecdotal evidence of kids choking on toy parts, or at least a fear of that occurring. Indeed, Kinder Eggs are famously still not sold in the US due to regulations about food that contains non-edible parts. And there was in fact a confirmed case of the recall of almost a million cereal boxes over concerns the wheels may fall off the included toy NASCAR models, although there was no incidence of this actually happening.

In short, there is no concrete proof that such concerns actually led to the demise of cereal box toys. Regardless of the cause, however, the art itself seems to be lost to time.

Nowadays these toys more often to crop up at car boot sales and anywhere where people are trying to rid themselves of the recently discovered content of their lofts. The cereal collecting scene on eBay is surprisingly active, however, with boxes and toys often fetching more than you might imagine.

At the time of writing a complete set of the Kelloggs Pokemon Battlestop Stadium Game, which was given away in 2000, fetches £80+. A trio of flat Italian Nestle cereal boxes along with Spider-Man toys is currently on sale for almost £60. In general collectors can find original toys in their in-pack plastic seal for prices ranging from £5 to £20. Higher priced items do crop up, however. A flying Superman toy from the 1950s in currently on offer from a US seller for £157.

Indeed, many of the items tend to sell to collectors of the associated licence rather than collectors of cereal toys themselves, however, so prices are often determined by the size and fanaticism of the fanbase.

Those wanting to learn more about the scene should check out the really quite incredibly thorough cerealoffers.com which will without question have more information that you ever thought existed on the subject. It’s active, too, including links to notable items currently on sale.

It will come as no surprise that the origins of cereal box toys can be traced back to cereal giant Kelloggs. While the brothers Dr JH and Will Keith Kellogg share joint credit for the invention of the corn flake, it is younger brother Will who hit upon the concept of bringing their products to wider audiences. Having added sugar to their creation to lure in children, he eventually had the idea of including toys.

In the early days, back in 1909, this took the form of a book that buyers could receive through the post if they provided proof of purchase. Another method was to turn the boxes themselves into toys, often with templates for cut out shapes printed onto either the rear or inside of the cardboard.

Once cheap plastic manufacturing became popularised in the ‘50s, however, the inclusion of toys in the box became financially viable. The idea of offering sets that would require the purchase of several boxes to complete – especially due to the chance of receiving the same part over and over – was the commercial masterstroke.

The dawn of commercial licensing grew the trend further still and throughout the ‘80s virtually every kids movie and toy launch would be accompanied by a cereal toy promotion.

Most children of the 1980s (and perhaps before) will have fond memories of cereal box prizes. Favourites include:
•    Kelloggs’ Bike Reflectors: A mainstay found on the wheels of every kid’s bike in the period
•    Jaws 3D Glasses: The specs themselves were found in the box and could be used to see the 3D images printed on the outside
•    Ghostbusters Water Transfers: How many of us remember a big red sore patch on their arm after trying to scrub these off before going back to school?
•    Spooky Spoons: Included with Shreddies, these would change colour when put into hot water or tea
•    X-ray Dinosaur Cards: When held up to the light a picture of the beast’s skeleton would be revealed
•    Alien Fling-ons: Another Shreddies prize. Getting these to actually stick to a surface was often a bigger challenge than it looked
•    Glo Ghosts: These glow in the dark toys were found inside boxes of Sugar Puffs
•    Rubber Poppers: A literal eye injury in the making (if our experience is anything to go by)
•    Jackson 5 Record: Amazingly, this cardboard record could be popped off the box and played on an actual record player
•    US Navy Frogmen: Add some baking powder and these toys would travel up and down through water
•    Tony the Tiger Holograms: These were stuck on the outside of the box, making completing the set a lot easier than most giveaways

It’s not just cereal toys that spark the interest of collectors – cereal boxes themselves remain surprisingly collectible. They can fetch incredible prices, too. In 2015 an unopened pack of a US cereal brand called Post Ten dating back to 1961 sold for an incredible $2,550 on eBay. A year later a box of US Quaker Quisp from the same decade reached $2,100.

Collectors in the scene most commonly cite nostalgia as the source of their interest. Interestingly, many pristine examples of cereal boxes come from collectors who originally stashed them away thinking that the included gifts would one day be worth something. Few realised that it was the boxes themselves that would become the actual prize.

However, predicting what may or may not become valuable is tricky. Cereals dating back to as long ago as the 1860s can often sell for just tens of dollars. Anything produced after the 1990s is rarely worth much either, as by this stage people were beginning to cotton on the lucrative potential and hoarding of these items became a lot more common. Complete sets of licensed toys can still fetch a surprising amount, however.