Build your own Routemaster bus 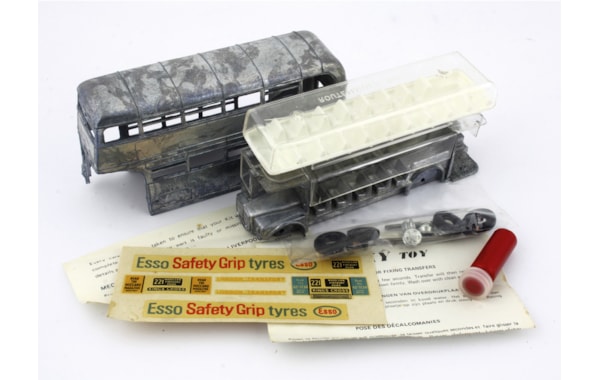 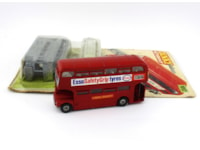 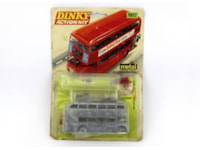 Rick Wilson, Editor of Diecast Collector, delves into his model stash to share his favourites.

Something that I’ve been building quite a collection of over the last 10 years are the Dinky Toys model kits that first appeared in the early 1970s. I’ve been meaning to write a full article for quite some time but I found myself admiring the Routemaster offering in particular recently, so wanted to share here by way of a teaser for now.

Dinky wasn’t the only manufacturer to release its diecasts in kit form but it was certainly the range that caught my eye over any others when I was a youngster. I thought it was a great idea as my two main loves as a kid were diecasts and plastic kits – so combining the two, in my mind, was a stroke of genius. I bought several of them with my pocket money.

No 1017 is basically Dinky’s No 289 Routemaster in component form. I actually have two and made the first one up many years ago, although the decals were too discoloured to save and the ones shown here on the completed model are aftermarket replica stickers, courtesy of Steve Flowers’ Model Supplies.

I couldn’t resist unsealing the pack to show the components here so, with a little help from a bottle of nail varnish remover applied liberally to the rear of the pack to dissolve the adhesive holding the blister in place, the contents were released after nigh on 50 years in captivity. I’m not sure how much use the phial of red Humbrol paint would be now though!