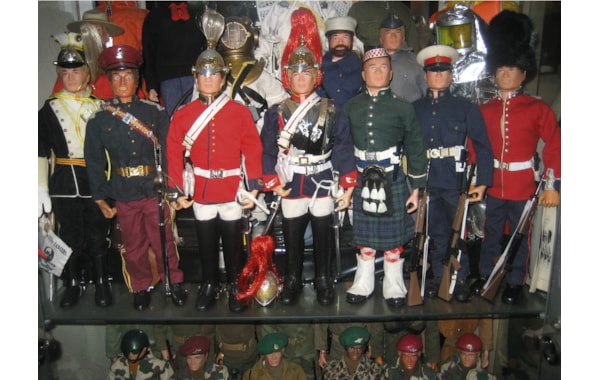 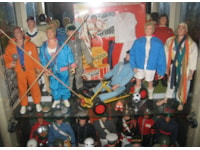 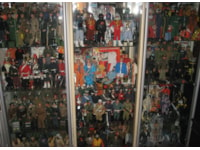 Just a mere mention of the name, brings back floods of memories to every boy and some girls over the age of 35. Here we look at the top 10 rarest!

Just a mere mention of the name, brings back floods of memories to every boy and some girls over the age of 35. Ask these people what their most memorable figure was and the answer will inevitably be their favourite childhood figure. Ask a collector what the rarest figure is and you better be prepared to hear one of the most furious debates in the hobby and the cause for much discussion.
It’s fair to say that no two collections are the same and collectors collect in many different ways. Some collect carded, and some collect loose or their childhood favourites, including the ones they always wanted but could never afford. There are even those that collect the re-released editions that came out to commemorate the 40th anniversary. But, if you’re a completist like me, you’ll probably collect everything from each separate period. Of course, this is a whole different task that can be expensive but is constantly rewarding, thanks to the discovery of discrepancies.

Each period has its own unique rarities but it is also true to say that one outfit in particular proves elusive (due to the material it was made from) throughout all the periods and therefore could be argued as the rarest outfit of them all. Let’s take a look at each period and by doing this we can piece together some form of top 10, which can be discussed at length, as it has been since Action Man was released.

This era produced some iconic Action Man outfits and some extremely rare pieces. Firstly, we should mention both Nylon Football kits – with white being rarer than red, due to its colour. In fact, the whole range of Sportsman figures is considered rare, including the Olympian complete with unbroken javelin, Cricketer with rare bails and cricket ball but, by far, the most desired sporting legend, would be the first issue Judo outfit, which often fetches sums of £500, if complete with all belts.

In the ‘70s, things were getting exciting with Action Man, thanks to the invention of the fuzzy hair and gripping hands, which were both introduced during this period. However, even more exciting is that this is the most popular production period and, as such, arguably produced the most rarities for the collector. Among these outfits were the stunning Ceremonials, as pictured. The Sportsman range continued but since the Judo figure was no longer being produced attention turned towards football, with many keen to have their Action Man dressed in their favourite team colours. By far the rarest football outfit would be Aston Villa and a complete one with badge can command upwards of £900 every time, with perhaps Tottenham in close second (Ed – not often you see a league table with Villa and Spurs in first and second).

During this period Palitoy released what could be argued as the holy grail of Action Man collecting: The Space Explorer. Recently one was found on its original card and sold for £3,000. It is also worth mentioning that during this period Palitoy hosted a trade event on board HMS Belfast and produced a special sailor with the Tally Band of that name. There are numerous stories that these were given away in goodie bags or sold on board in the gift shop but only a few have surfaced over the years. Unfortunately the urban myths have resulted in plenty of copies, making it a real minefield for the collector. If you do manage to track down a real one, it’s worth more than £1,000.

In the late 70s and early 80s, Action Man was given a completely new dynamic physique and some new exciting ranges which in turn produced a few rarities such as The Underground Rescue set complete with elusive belt and grapple hook. Up next, there’s the ‘Missile Assault’ outfit that came with a winch but was often packaged incorrectly with two left parts to the chest piece. It was released by accident and quickly withdrawn, thus making it an extremely difficult outfit to find and one that will set you back up to £500, if complete. Another reason why it’s tough to find complete is because it included a rubber balaclava, which brings us neatly onto, arguably, the rarest action man outfit of all time! The same rubber was used on the notorious Black Frogman outfit, which was released throughout the three periods of Action Man figures. Few, if any, remain in mint condition in any collection because the rubber frogsuit has either hardened, split or completely rotted away. The first issue has a different zip design to all other releases and would arguably be the rarest outfit of them all.

When compiling this list of figures, the biggest dealers and collectors were polled through http://actionmanmobileops.forumotion.co.uk/forum. But all collectors find different pieces rare or difficult to find, so would probably have their own list… and this is really one of the pleasures of the hobby. Plus, new rarities are being discovered everyday, for example a  Newcastle Football Kit complete with jacket, released but then withdrawn from the 40th anniversary range, could fetch up to £500 if sold today. So, although some may advise against collecting the 40th anniversary range, it could prove a costly mistake!